How Will We Recover from the Fires? 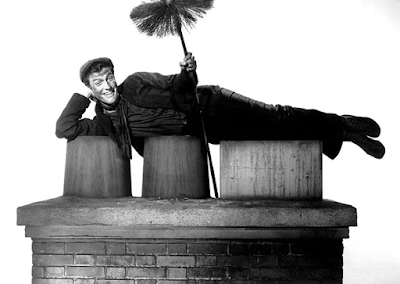 Was That Just Last Week?

Without full containment yet, many are already looking forward to begin the recovery, even with still blurry and red eyes. 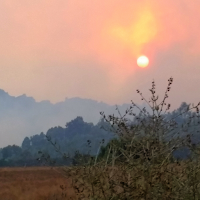 When I think about the wildfires that scoured the North Coast of California this past week, I come up with a hodgepodge of visuals – waking up to the red glow out of my bedroom window on Sunday night when it all started, a bulldozer cutting a firebreak a half mile from my home Tuesday night and saving my block, watching the heartbreaking sight of a neighbor’s home burn to the ground on a ridge Monday morning, seeing blood red sunsets, the feeling of relief when power finally came back on, and being unable to sleep listening to my cellphone screaming out Nixle Alerts every half hour telling me about a new evacuation, wondering when it would be my turn.

There are so many stressful points from the past week from which I have a lot of new stories to tell, and lots of pictures that I’ve shared on social media. It was a week that seemed more like a month, reinforced by a blur of numbingly shocking scenes.


But the scene which I wished I’d taken a picture of, was one of me standing on top of my house Monday evening, looking like a meme of Burt the Chimney Sweep in Mary Poppins. Why was I on my roof? I was up there talking to reporters from France and the UK, all the while hiding behind the chimney to block the wind so I could hear the questions. 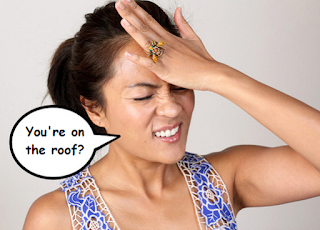 I know I looked dumb because my wife drove up at that point, got out of her car and did the palm slap to the forehead followed by a shrug with hands in the air – the universal sign of, “have you lost your mind?”

Maybe I had lost it, but I was doing my job and improvising. No I wasn’t heroic standing on a roof to do a press interview. Maybe foolish though. The guy who cut the firebreak behind my house - now that was heroic. I was just looking for a cell signal at a time when phones weren't working.

Everyone in the North Coast has a story of doing what they needed to do to get a job done – buying someone’s coffee, helping a neighbor, contributing cash to a relief fund, making a sign for first responders, helping make and serve meals, hugging someone who lost their home. Everyone has a story of how they reacted and how they helped, and that’s why I’m excited about the next six months.

What we’ve experienced is unprecedented, which means more heroic and out-of-the-box thinking will be needed during the long recovery ahead. We have to start by understanding the challenge which has to begin with the estimated 15,000 people who are out of their home, and many who’ve lost their jobs too. Stores will be hurt without that local spending.

Some wineries have grapes that are on the vine still and now they have to make a decision to harvest and hope, or cut their losses early. We have no clue how many vineyards have been destroyed or what the smoke and heat means for the buds for next year's harvest. Even worse, last week tourists rightly evacuated faster than the smoke arrived.

Tasting rooms and local restaurants were forced to close in what should be a busy time. I don't know the stats on restaurants in October, but the average winery receives 25% of their revenue through the tasting room. Last week because employees and visitors vanished, that number was 0%.

Hotels have done slightly better because there were 100,000 displaced people looking for a pillow this past week, but with evacuations being rescinded, hotels will now need to react to unseasonably low occupancy rates. Low occupancy doesn't just hurt restaurants, hotels and tasting rooms - it reduces the transit occupancy taxes that fund a major portion of local government budgets, money that's needed to provide services to the communities and our impacted neighbors. 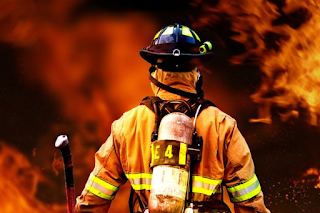 All those problems will be solved because our communities are made of people who are hospitable and welcoming. They will get solved because the wine community has always helped their neighbor succeed. We have always believed when one of us win, we all win.

Problems will be solved because the wine community is a tremendous source of charitable giving. You will see #707Strong concerts and other similar named events pulling in visitors and raising money for many of these needs over the next year. And we have a lot of fans out there who are pulling for us.

All that said, we won’t move forward and bring healing to the North Coast from the impacts of this unprecedented event, without you personally contributing your personality and creativity. We need you, and we need each other. And we have to do this while we are doing our day jobs at the same time. The good news is that you have extra time compared to the challenges we just faced, because none of us will have to do our jobs on top of a roof.

What is the story you're telling about the fire? What will you do to help the recovery?

Posted by Rob McMillan rmcmillan@svb.com at 12:34 AM