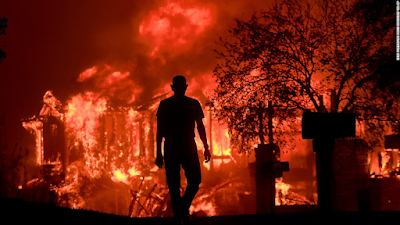 When you're standing in the middle of something, it's hard to understand just how big it is, and when the Napa fires were at the early stage and there was no progress in containment, I got a sense of just how big a story it was when I started taking press calls from around the globe. The reporters all wanted to know about the extent of the damage to the wine industry, having seen the pictures from Santa Rosa of utter destruction. It's not the first time I was in this position.

When the Napa Earthquake hit, I was tasked with trying to gauge the damage to the wine business for the Federal Disaster Declaration, but in that case I had some data to work with. This time, I had a phone, spotty cell coverage, no internet with widespread power outages so couldn't see news coverage, and was only keeping current with colleagues, family, and clients using texts and cell phone. 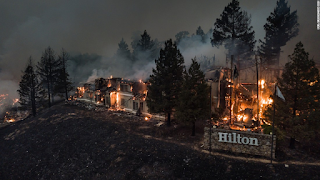 Now, eight weeks after the fire started, the picture is a little clearer. The fires on the North Coast consumed 245,000 acres, destroyed at least 8,889  structures and killed 44 people, according to Cal Fire. The CA Insurance Commissioner released a report saying damage now has topped $9B, making it the costliest in U.S. history. In Santa Rosa alone, that number includes 4,655 homes representing an estimated 12,000 people who are left to recover their lives. That's a fact that can't be minimized and the numbers reflect an historic level of pain. 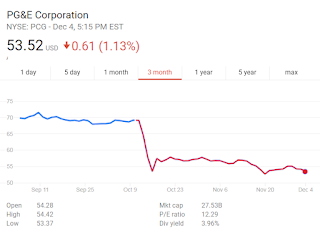 We also know a little more about PG&E's position on the costs of fighting the fires, and who might end up paying the final bill based on their testimony to the California Public Utility Commission. It's probably not surprising PG&E wants to pass on the costs of fighting the fire to their customers, but the early numbers being thrown out are an eye-popping: $13 billion with PG&E's wildfire insurance limited to $800 million.

With a $28 billion market cap, those early estimates on costs and liabilities are hardly trivial. The final numbers will depend on whether the utility's equipment is determined to be the cause of the fire which will galvanize class-action litigation. Someone will pay though and in the end because of the size of the loss, it will be a combination of insurance companies, PG&E shareholders, utility customers, and tax payers. 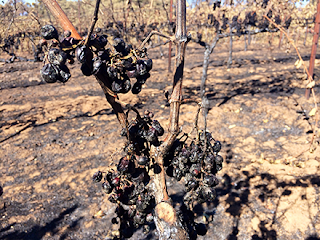 In the wine business we're still trying to discover the true losses but on the whole we did quite well with significant losses to wineries limited to about 10 in total.

We know that there were hundreds of small vineyards impacted in the hills that were burned. The extent of the damage is overwhelmingly light. The plastic drainage pipes in many vineyards melted below ground, right along with the above ground drip irrigation. The vines themselves we believe are resilient, but we won't be able to fully confirm our optimism until spring when the vines push.

Growers had mixed results. Early reports had the harvest 90% complete and with the benefit of time, that initially optimistic view appears to have been a very good estimate. That said, the fruit still hanging in the hills was the more expensive Cabernet plantings, and a good guess would be 15% - 25% of that still needed to be picked. Some used their crop insurance and filed claims, taking an immediate and early loss. Others didn't have insurance and missed that option. Note: If you are growing grapes, at least get the virtually free CAT coverage. 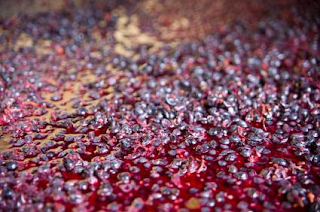 Some tested clean for smoke taint and harvested as normal, selling to their wineries. Some grapes were rejected by winery buyers, but it seems that was the exception. In most cases, wineries worked with growers to find solutions. One creative solution was to accept the grapes, with the winery accepting the cost of vinification and paying for the crop once smoke taint is ruled out. Everyone kept the smoke impacted juice separate and to the extent there are lots that come up with taint, it will be cleaned up, sold and blended into lower priced wine.

At this point I would be surprised if any Napa/Sonoma brand sold wine that is smoke tainted and believe from early reports the vintage will be quite good from a quality perspective, with the late season heat spike having more impact than the fires. But we'll have to see just how wine writers handle the discussion.

October wasn't a good month for Tourism on the North Coast. Cancellations were the norm, and rightly so during the two weeks of fire and smoke. Well-intended merchants tried to get the 'open for business' word out a little early in some cases, but the Tourism organizations in both Napa and Sonoma Counties while sanguine, waited until hospitality operations were fully functioning before pushing out the news and have done a great job timing messages and supporting the industry.

Two months after the fires, hotel occupancy is back to the normal tight levels, but some of that is due to displaced homeowners who are getting insurance support and need a place to stay. Tourism is still slightly impacted, but the more popular restaurants are fully booked again and busy. Tasting rooms are also going toward their normal winter pace and close to normal in visitation. The events that have been scheduled for fire relief have brought in millions to help recovery efforts, and that has helped the hospitality and wine business though paradoxically locals staying in hotels has made it more difficult to find local accommodations.

Who Would of Thunk 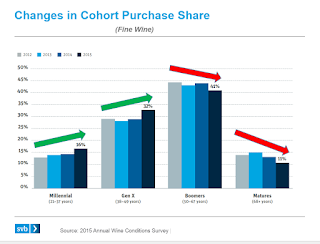 There are other impacts that we wouldn't think of at first. For instance, local truck and car operators reported sales took an unexpected positive turn in November given the estimated 7,000 vehicles that were destroyed.

Personally the biggest impact was the annual survey that SVB runs to determine conditions in the business had to be cancelled this year because it was scheduled to go out October 12th. With our offices closed and wineries scrambling in the North Coast, there was no way we could get the survey done this year. That will impact our trending efforts for years ahead of us because we'll have a gap year to deal with.

We will still publish the Annual SVB Wine Report next year and will present the live videocast on January 17th as normal. I am hoping we can get the report out the week before Unified, but I've had to scramble for new sources of data support to fill in gaps, so the report release may slip a little. Wish me luck!

If you have any comments relating to the recovery efforts, updates on conditions you'd like to offer, or pity for me having to work harder to get the report done this year, feel free to log in and offer your thoughts below.
Posted by Rob McMillan rmcmillan@svb.com at 6:45 AM