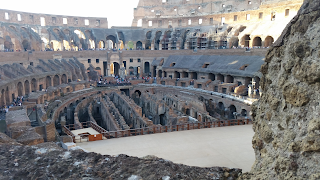 My fiance Jackie and I just got back from a spectacular 2 week wine cruise with Darioush Winery that started in Lisbon and ended in Rome.

I've never been to Rome so we tagged on an extra 5 days at the end of the cruise to see the sights.

There is a problem in going that extra week though. I don't care how big your suitcase is. By the time you've lived out of it for 2 weeks you are flat out of clean clothes so selecting something to wear becomes a challenge.

What I underestimated is just how that challenge could impact our shopping experience at one of the world's top luxury retailers. Ask yourself as you read though, 'could this happen at my winery?'

Read more »
Posted by Rob McMillan rmcmillan@svb.com at 1:20 AM 17 comments:

The Election Perspective from Europe 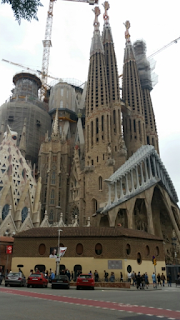 Who do Europeans Want for President?

I've been hiding in Europe while the most recent election debate has been taking place. I've been in Lisbon, Cadiz, Barcelona .... pretty much having sangria and tapas across the Iberian Peninsula. 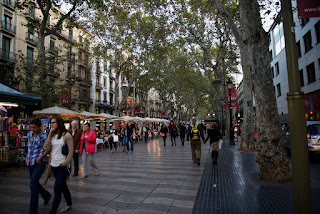 It's been more than civil over here, and I've really been interested to see the business growth in the region, at least with respect to tourism. My last visit here was in 2010 and things were miserable. But the usual tourist areas seem packed now which is good to see, because Spain for example still has more than a 22% unemployment rate and nearly 50% among youth. They really need tourism. In another change, after the terrorism in Nice I have noticed a larger police presence throughout the tourism areas and even some on La Rambla carrying weapons.

I fled over to Europe in part because thought I could get away from all the acrimony and derisive talk about the presidential race... and I wanted a vacation too. But guess what? People in Europe care about who the next "Leader of the Free World" will be too. It's the very first thing they want to talk about. And guess who they favor in a non-scientific poll? Answer: Neither.

You might be surprised to find the Europeans I've spoken with here seem more concerned with why these are the best two candidates we can find? I find myself explaining how our process works, and am getting a civics lesson in how other countries elect their leaders at the same time. 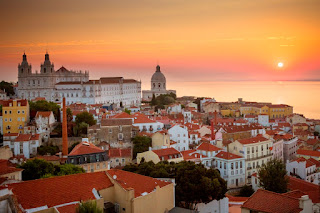 I've yet to find a single person tell me they would vote for either candidate but in an equally enlightening discovery unlike Americans, Europeans aren't glued to watching Sean Hannity or Rachel Madow so they aren't overly focused on the press revelations and network spin. Instead they are focused on what positives the candidates bring to the party while they go about their lives.
I envy the Europeans because they aren't force fed the hype but I am glad we in America will soon be put out of our collective misery and we'll have a new leader. We'll have an election, I'll vote my conscience and I'm just glad it will be over for American's and Europeans alike!

But this Vote isn't Yet Over

Unlike the firm ending date for Presidential Election, the Silicon Valley Bank Annual Wine Conditions Survey which had been scheduled to close Friday, has been extended out and will now close Wednesday, October 19 at 5:00 PM Pacific time. This is a much easier decision than the Presidential Election.

For 12 minutes time, you will get the complete survey results, and dozens of relevant graphs and analysis that will help you benchmark your winery. This will be distributed only to those who complete the survey.

Posted by Rob McMillan rmcmillan@svb.com at 7:15 AM No comments:

Thinking I would check on the offering of a group putting out a comprehensive report on the wine business, I was disappointed to find it was closer to a college level report that consolidated information from primary research. In fact several places cited the Silicon Valley Bank Annual Wine Report to support their findings.

There are a few places where you can get good primary research on the trends facing the business. For the past decade we've led a survey and conducted research with more than 600 wineries and the major AVA's participating from across the country each year. Why are we so lucky to get such strong participation?

I think there are a few reasons:
So I hope you will consider taking the survey this year. It takes about 12 minutes and in exchange, we will send without cost, the complete survey results, dozens of relevant graphs, and our early analysis on wine industry conditions. [Last year's survey results].

The survey is scheduled to close next Friday so please don't wait. Your participation will pay itself back many times over.

Posted by Rob McMillan rmcmillan@svb.com at 10:06 PM No comments: