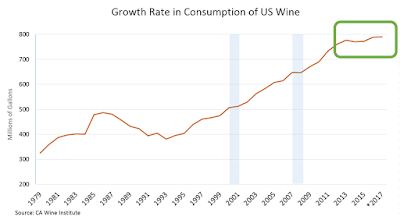 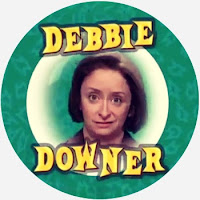 I've been pointing out the slowdown in the growth rate of consumer demand by volume for some time now. We are still growing, but the growth rate is slowing, particularly when looking at volume.

I began to talk about shifting consumer demand and premiumization as early as 2006 in the Annual State of the Industry Report. This is a pretty optimistic industry so I was called a Debbie Downer when I started discussing the forward trends back then. That blow-back has since settled down into general agreement and instead of debating the facts as I've laid them out, the discussion has settled into a discussion of strategy.

At some point as demand in volume flattens while bearing acres increase (above chart), we should expect to see a change in grape buying patterns from wineries and ensuing price changes depending on the specific region and variety.

From all the signs I can see, it appears we've arrived at that tipping point in supply. That will change a lot of things going forward.