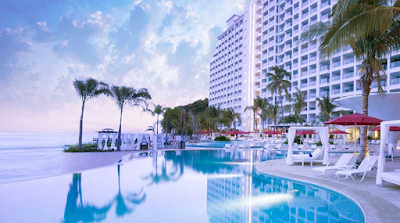 I've recently been thinking about the changing metrics we've had available to manage the wine business over the years. What metrics existed 30 years ago for small wineries? How was wine sold then? What was the atmosphere like? How did we get information?

With daylight savings time upon us, I also started daydreaming today while looking out at the pool and thinking about summer. That brought me back to a trip to Mexico I took 40 years ago, so Mexico met up with metrics in this post as I pondered what direct sales will look like in 2028.

In 1988 my wife won a sales contest at work that provided for an all-expenses-paid three days at the Fiesta Americana in Puerto Vallarta. I had never been to a foreign country before, except Canada and I didn't count Canada as foreign. But Mexico? Well going there would make me an official world traveler!

The trip was full of stories and strangely many of them revolved around sales. Some sales vignettes from the trip:

1 ) A little boy handed my wife a rose as we got off the plane. I thought he was welcoming us like they did in Hawaii, so when he held his hand out, I slapped him five and said 'gracias!' That elicited an irritated look from the boy. He took the rose back and handed it to someone else! Lesson: Sometimes the product has strings attached.


2) You don't save money by refusing to pay for bottled water in Mexico. Nobody would pay for water in a bottle in the US in 1988, so this seemed like a scam to me. But I sadly found out that Lomatil costs more than water and I was overthinking the hustles. Lesson: Sometimes people are trying to sell you what you really need. Not all salespeople are hustling. 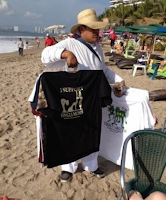 3) There was a roving flea market on the beach and when you asked the merchant 'how much is the shirt,' that answer wasn't the real price. He expected you to negotiate, even if you thought it was already a good deal! Lesson: Sometimes the price isn't what's on the label.

4) Having just discovered what the "American Plan" meant, when a young woman in the courtyard asked us as we arrived, "Have you heard about the free breakfast?" I quickly said, "No we haven't. Tell us where to go!" I wanted to take advantage of all the resort's benefits, including the free breakfast! Then she went on to give us our free pass to get into the free breakfast the next morning.

I had mistaken her for a hotel employee and she wasn't entirely forthright. I discovered "free" meant we were obligated to spend 90 minutes listening to a pitch on timeshares, and they sprung that cost of the breakfast right when the scrambled eggs hit my mouth.

It turned out that our host was earning a commission on every tourist she sent to the free breakfast, and obviously didn't care how she got us there. Lesson: Sometimes there's a difference between the real cost of a product and the price.

5) In 1988 swimming suits were pretty modest in the US even by Sports Illustrated Swimsuit Edition standards (Feb 88 at right.) On that trip, I learned down by the pool that international swim fashion was more minimalist than the US, and thongs weren't something you just wore on your feet!

My wife didn't believe my story and had to see for herself. While intrigued, she wasn't ready to adopt international conventions, so we decided that I wasn't going to spend time at the pool on the trip. Lesson: I'll let you fill in the lesson for that one.

OK ... I'm getting to the point. It all ties together.

The Evolution of Industry Information and Direct Sales 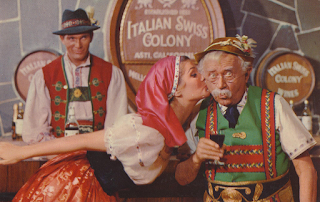 Meanwhile, back at the farm in the wine business - during that time in 1988, most tasting rooms didn't charge for tastings. On the weekends, tasting room employees were locals who were making a little extra cash on the side and often paid under the table in cash, or paid with wine. It wasn't like it was a real job.

A tasting room was 'nice to have' in 1988, but you really didn't need one. Distributors sold all your wine, and tasting rooms existed because cash purchases were tax-free, and strategically existed only as a support mechanism to the distributor by offering consumer education and trials.

Important metrics were more about the size of pours and comparing total visitors to 'evaporation loss.' Besides, Microsoft Excel hadn't even been invented until late in 1985 and not everyone had a PC, so metrics were hard to compute even if you had them. 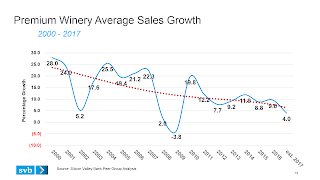 Fast forward a decade later, and in 1998 tasting rooms were still just 'nice to have,' but for different reasons.

Distributors were short of supply. If you produced wine, a distributor would find you and beg you for your business! Wine clubs existed only for extroverted winery owners who liked to get together with their fans but otherwise weren't of any real strategic value. 1998 didn't look anything like 1988.

Wine sales in 1998 meant relaxing on your porch and watching grapes grow. Metrics then amounted to managing months of inventory remaining.

Sales growth at the end of the decade was truncated by short supply and it was common to see sales growth rates at 25% (see chart above and left). Metrics amounted to an inward look at financial ratios, but there was really no source of private company benchmarks yet. 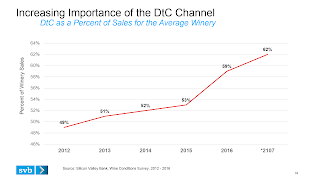 Metrics were altogether different in 2008 when wineries found themselves in the worst place they'd been since the early 1990s. 2008 didn't look anything like 1998.

Post-recession, sales growth was negative for a year, discounting became an important item to track as trading-down became the watchword, and industry profitability turned negative.

Wineries were holding on to the notion that distributors would come back to them, but it was never to be in the face of constant distributor consolidation.

The Tech Recession in the early 2000s ended up being the point where distributors found sufficient supply and washed their hands of small wineries. Tasting rooms which for decades had languished as an after-thought now became an important source of revenue and owners diligently started working on ways to improve the channel.

Being relegated to word-of-mouth benchmarks in the business, but with the advancement in survey tools, in 2008 SVB started its Wine Conditions Survey to help the business gain a clearer view of the horizon and landscape. That has proven a godsend as we all try and keep up with industry evolution. 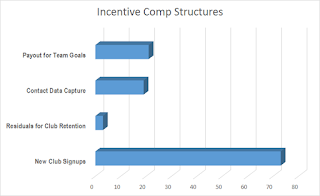 In an ever-accelerating world, 2018 doesn't look anything like 2008. From the point of being an after-thought, tasting rooms and clubs have evolved to become a focal point for wineries and the main source of revenue.

Starting the decade, there were no experienced club or DtC managers. We've had to learn on the fly, yet we were also flying blind. The metrics we needed were impossible to find, so SVB started a DtC survey in conjunction with Wine Business Monthly.

SVB spends hundreds of thousands of dollars in analysis and then gives away the industry data to participants. That information helped advance DtC sales cultures and evolve the business to what it is today.

I think about how things have changed over the years. We could have ended up with a club sales culture similar to the time I visited Mexico, where the young woman surreptitiously directed us into a timeshare presentation just to get a commission. Or maybe we could have devolved into a bad experience where we discounted wine like negotiating for blankets on the beach? Maybe wine culture would have included a minimalist thread ... Nah ... probably not.

Without the data from the surveys and reports we've produced, however, the industry could have just as easily kept doing the same thing, wandering aimlessly between failures and it would have slowed our evolution to the present day.

So to the title question: What will the business be like in 2028? I believe it will look nothing like it did in 2018. Realize we have 40 years of change, and the business never looks the same a decade later. 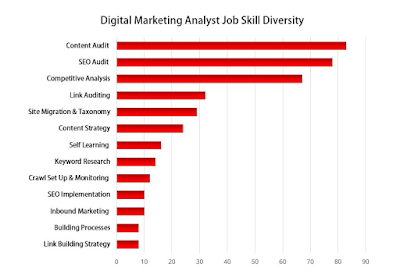 From all the analytics and data I'm viewing, I think we are coming to the end of the elevated growth in the tasting room and club models we've been managing for the past decade. That's not to say they are going away or will stop growing in 2019. I'm saying that in 10 years, the wine business won't look anything like it does today, so clubs and direct sales will also evolve:


Learning is the Beginning of Wisdom 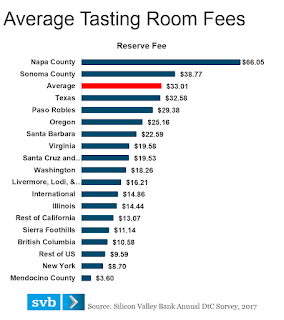 Bringing it back to the present, how do you know you are performing at the top of club performance, or even above the average? What percent of revenue, relative to total revenue do your neighbor wineries produce? If I asked you how many wineries pay for data capture within their comp structure in the tasting room, what would be your guess? (It's in the chart above and it's a shockingly low number.)

And going forward, what are you going to use as a road map to get you to 2028. Time moves so fast and you need information. People like me depend on data to offer thoughts and views that start conversations. Wineries depend on the benchmarks that Silicon Valley Bank has provided to participants on a gratis basis this past decade. Here's the important part for today:

The SVB/Wine Business Monthly DTC Survey is open for only one more week.

If you haven't participated, you won't have the benefit from the results. The benchmarks are only available to those who take the 10-15 minutes to complete the survey. Isn't that an investment well worth making?

If you have any questions about the survey, feel free to contact us directly at winesurvey@svb.com.

What are your thoughts? Do you have an industry remembrance about direct-to-consumer changes? Where do you see the industry in 2028? Are you working on strategies to get you there?