Everybody Must Get Stoned ...

I spent last week at the Unified Wine Symposium in Sacramento. I've been coming to the conference since 1995; the first year ASEV and CAWG merged their separate conferences into one. Life was very different back then. 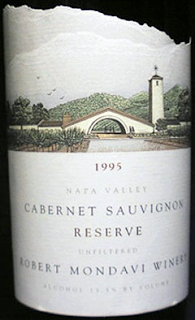 In 1995 you could find a really good bottle of Napa Cabernet for $15, Fed Funds were 8.5%, and marijuana possession was considered a Schedule I substance under the Controlled Substance Act of 1970 and prosecuted as such - right along with LSD, mescaline, and magic mushrooms.

The very next year - late in 1996, California became the first state to allow the legal use of medical marijuana, leading to the collapse of the Unified Conference and all wine sales as we knew them.

OK that last part's not true. Since that first year of Unified, wine sales in the US have experienced 20+ years of growth, even with medical marijuana coming on the scene. And Unified's Trade Show which back then didn't even fill up the first floor of the Sacramento Convention Center, now has two floors of trade show participants and a waiting list to get on the floor. Needless to say, the Unified Conference has thrived.

They'll Stone You When You're Trying to Be So Good ... 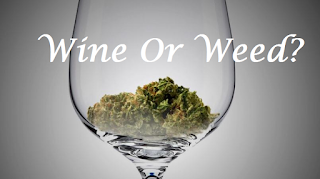 The conference has gone so well that this year fourteen-thousand people came from all over the globe to Sac, selling out hotel rooms from Roseville to Davis. They came to gather and discuss trends, discover new equipment, meet with colleagues, connect with vendors, and after-hours, they wined and dined in the food establishments of River City. Most people were working hard and trying to be good.

But in an interesting sign of the times, this year I noticed 15% of the attendees skipped the food and wine scene altogether on Tuesday evening, and instead went up H street to the Capitol Park to form a large circle and everybody got stoned while listening to Bob Dylan.

OK that's an exaggeration. Those 2,100 people who went to the park brought plenty of munchies, notably Italian ice cream bars, cold pieces of juicy cantaloupe, M&Ms, and Dr. Pepper; the official beverage of Stoners International. But they didn't bring wine. Why would they want to drink wine when they are already going to be high?

They'll Stone You When You're Trying to Make A Buck ... 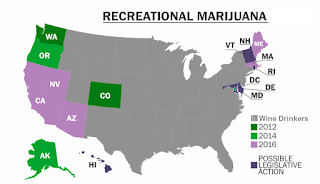 Given all the good vibes being spread around this past week with a still improving economy, record stock prices, and increasing demand for wine - other than everyone taking time out from the sessions to watch the replay of the SVB Wine Report, it was quite interesting to see the water cooler talk was ignoring the aforementioned good vibes, and focusing instead on a somewhat dower Forbes article that came out last Monday with the headline: Alcohol Sales Dropped 15% in States With Medical Marijuana Laws.

You have to admit that sounds ominous! Are we going to see weed kill off wine demand? Is that why we're seeing wine sales decelerate? No wonder I saw 15% of the attendees headed for Capitol Park last week!

Of course California has just opened the floodgates to recreational marijuana use this month. With this research focused only on medical marijuana legalization, what is that going to mean for California wine sales with recreational pot available to the masses?

I asked around the convention and you can imagine the responses from the convention attendees I ran into. They ranged from, "That's bullshit," to "I'm going to buy stock in Italian ice cream bars," and of course, "I told you so."

They'll Stone You When You're Walkin' on The Floor ... 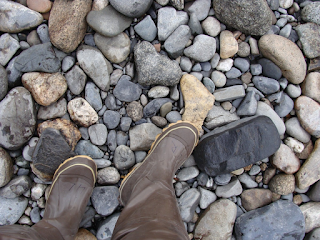 This topic has been gathering steam since Washington and Colorado first legalized recreational marijuana in 2012 and to me it's not intuitive that pot is a pure substitute for wine. So wandering around the trade show the first day, it occurred to me I needed to get into the proverbial weeds and to the foundation of the discussion by reading the research.

It's pretty routine that I can discover some level of bias in research when I look beyond the headlines, like cancer research founded by the Tobacco Industry, or poor research methodology that includes bad modeling or surveys that lack statistical significance.

So I dug in and read the original report [PDF], then exchanged a couple emails with one of the report authors. I appreciate his engagement with me and while I was hoping to find something damning, I have to say from all I can tell, the research was set up beautifully with no detectable construction or funding bias. 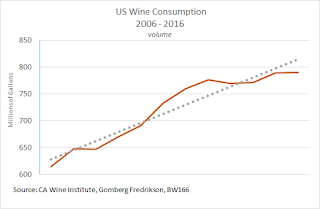 They researched 2/3rds of the counties in the US so there was clear statistical significance, and the methodology was as good as anything I've seen.

The only clear issue with the work was they used Nielsen data that's biased to the three-tier and omits some stores selling premium wine like Costco and Total Beverage among others, as well as direct to consumer sales.

There is some channel shifting taking place at the same time of the research, but I'm not sure that's enough to toss the findings. Confused I started thinking maybe I needed to go to the Capitol Park with some Thin Mints and do some research myself?

I went to bed that night and processed, then woke up with a question: How can the research conclude that there is a decline in wine sales when US wine sales were going up in 2016 - 2015 during the term of the research? Said a different way, how can you conclude wine sales are decreasing when sales are rising?

They'll Stone You When You're Trying to Keep Your Seat ... 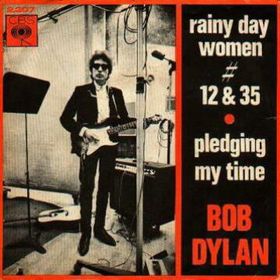 I had to sit down and read through the research again to answer that one since the compound growth rate of wine sold in the US was 3.5% per year during that time. It turns out the article title in Forbes wasn't quite reflective of the report finding.

The way they came up with the link to impaired sales was by comparing counties where pot became legal, with counties where it wasn't legal. To the extent sales were positive in both counties, but the growth rate was less in the county after pot was legalized, they could conclude there was a link and quantify it. And before you go there, they also did a commendable job trying to filter out many other coincident factors.

Saving you a little reading time, here is the research conclusion:


We find that marijuana and alcohol are strong substitutes. Counties located in medical marijuana states reduced monthly alcohol sales by 13 percent, which is a consistent finding across several empirical specifications. ...When disaggregating by beer and wine we find that legalization of medical marijuana had a negative effect on corresponding sales by as much as 12 and 14 percent, respectively. 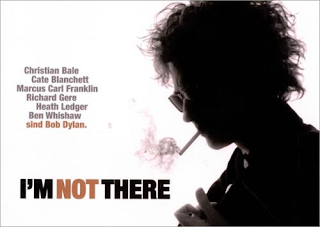 What do I conclude about the research? I may be on an island here because there has been serious research to prove weed and wine are strong substitutes, meaning those who consume both are largely ambivalent about the choice between the two. Maybe the math works out but well ... I'm just not there yet.

Using the high estimate of the total number of cannabis users in the US of just over 50 million people, 22% of 230 million total wine consumers could be consumers of both, only if all pot smokers were wine drinkers. So 14% impact still seems heavy to me, especially considering many were consuming pot before it was legal and arguably wouldn't change their behavior post-legalization. Those who consumed wine would still continue to consume some volume of wine.

While consumers smoke pot to get high, they don't drink wine, or premium wine in particular, with the same end goal.

So based on my own predisposed biased view of consumer behavior and backed by some prior research, to the extent wine is negatively impacted by weed, I think it's going to occur largely in lower price segments. I can make some sense out of a consumer coming home to blow off steam and rather than drinking a six-pack of Coors Light, decides instead to get high. 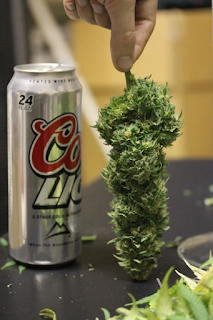 The other research I just mentioned above drew a stronger correlation with beer versus wine and lower price versus higher, but this new work has me open to perhaps finding negative impact in wine as well in lower price points.

With that as a working theme, I asked the researcher if they considered price in their research and was told that price wasn't considered. So there you go. I guess we need more research.

To my thinking, premium and luxury wine is used in socially different ways and for different reasons versus weed. While possible at the fringe, I don't think we're going to see restaurants succeed that pair sinsemilla with salmon. Here's the acid test: Can you imagine dropping by a friends house with a 1961 Chateau Latour and asking, "Should we pop the cork or do a bowl?" Maybe it's me because I like wine, but that's not a real choice.

I think I'll switch off Dylan, tune in, open that Latour with a friend, put on Bruno Mars 24K Magic, and find some blue cheese, fig jam, and some crackers. Sadly, there goes my Italian ice cream bar investment.

What are your thoughts? Is Weed Hurting Wine? Are you buying Italian Ice Cream Bar stock?