The Greeks have Fallen and they Can't Get Up! 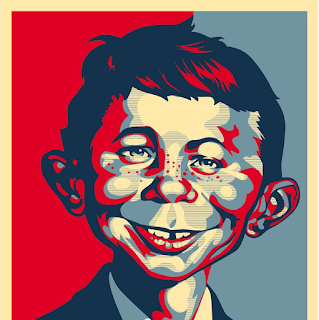 When I was nerdy young man, I remember feeling proud when I heard the news reports talking about a strong US dollar. Yes! We are stronger than anyone! (I know... I listened to economic stuff even then, but I got my share of Zeppelin too.) Then I remember when someone would say the dollar was getting weaker and that made me feel like there must have been some kind of a conspiracy happening.


Today, where is the dollar? It's hard to say the dollar is strong. Sure we are still one of the world's reserve currencies, but we are more like the best-looking contestant in the ugliest beauty pageant. Today, that makes me feel well ..... sad for the Southern Europeans more than anything.
The great social experiment that aligned several disparate countries around a single currency seems to be nearing an end; laid bare by the social-economic reality that the Euro isn't One Nation Under anything. No, I'm not predicting an end to the Euro, but there will be a change to the Treaty. The US might not be as strong as it was, but the Greeks have fallen and the Euro can't get up.

Looking at the chart above courtesy of Thompson Reuters from this morning, I wasn't surprised to see the precipitous drop in the currency relative to the USD and the forward contracts predicting even more of a drop as current trades move through technical support levels. That's something we predicted in this year's Silicon Valley Bank State of the Wine Industry Report. While we in the US have been slowly digging our way out of the Great Recession and feeling better by all Sentiment Surveys, our European brethren are finger-pointing at differences in values. How would you like to be the German's, the model of efficiency and chaste behavior in all things ( ... ignoring that little festival they have in October each year), sending their hard-earned cash down to the lazy Greeks who don't collect their taxes and whose socialist politicians love programs for all. That would make you angry!

The funny thing is, the German economy is an export economy. If they dropped out of the Euro, their currency would become a strong world reserve currency and kill their exports. So maybe they ought to rethink their perspective. Maybe the Greeks are the smart ones here. They are, with a few close EU country friends, holding back the Euro from strengthening, and that allows the Germans to keep up their exports.

The Greeks have fallen and they can't get up! The question is .... should they?