The Real Threat to Wine Sales is Being Ignored 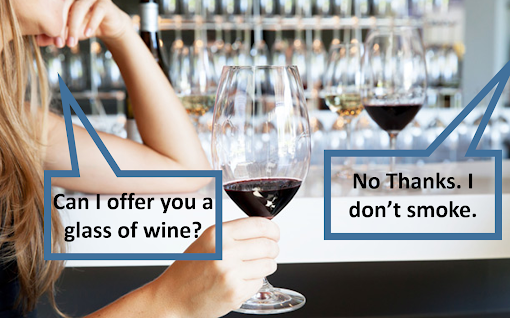 While we've been fighting the Pandemic, another public policy battle surrounding health has been quietly fought in the shadows, the goal of which is to reduce or eliminate wine consumption by painting it as cancerous and unhealthy. This battle has been going on for a very long time, but the wine business hasn't responded or pushed back on the subject for 20 years.

I honestly had been living in the past with the belief that the French Paradox, the Mediterranean Diet, and Dr. Arthur L. Klatsky's extensive work on the cardiovascular health benefits of moderate alcohol consumption still maintained a place in the consumer's mind today. But I was shocked out of my sedated state in 2018 when I discovered the extent to which I was wrong, and started trying to get the industry's attention. 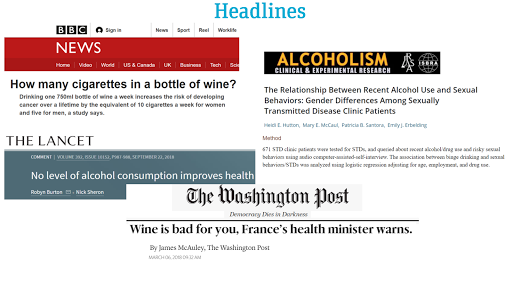 In the 2019 State of the Industry Report, I issued warnings about the rise in neo-prohibitionism; a loosely aligned movement with the World Health Organization as an axis, that has a goal reducing or eliminating alcohol consumption. They are well down the path executing their plan now.
In this blog in January of 2019, in a piece titled The Lost Wine Consumer of 2019, I spelled out how the message of the health benefits of moderate wine consumption that is scientifically proven in hosts of studies and adopted as part of the USDA Dietary Guidelines, had been removed from those Guidelines without public comment by the US Department of Health.
The anti-alcohol movement has moved off of the soundbite that wine in moderation created better total health outcomes measured in morbidity rates. They don't like it, so have spent time instead on studies that marginally link some cancers to alcohol. Never mind that you will live longer and that consuming wine in moderation is healthy for you. Consumption could possibly cause cancer. That is the current playbook.

I addressed the issue in "I Can't Take the Lunacy" in March of 2019 after a 'scientific study' that had the stated goal of equating wine consumption to smoking cigarettes came out. The study's authors said, "Our estimation of a cigarette equivalent for alcohol provides a useful measure for communicating possible cancer risks that exploits successful historical messaging on smoking." (emphasis added). The goal of this study wasn't scientific. It was geared at providing consumers misleading connections to cancer using specious study assumptions with the goal of having wine consumers believe that consuming wine had the same health benefit as smoking cigarettes.

In September 2019 I published both, "Get Ready for Cancer Warnings on Wine Labels," and a second piece showing how trends and messaging had pushed milk into a long term state of decline "Wine & Milk in Decline due to Changing Science," the point of which was to draw corollaries between what's happened to milk and what's happened to wine in the media and culture.
Then in January of 2020 in the SVB Annual State of the Industry Report, I again called out the problem of neo-prohibitionism as a threat.
Not just limiting myself to writing, during the past two years I've had direct conversations with people in public policy roles within the alcohol beverage industry - wine, beer, and spirits. The beer and spirits folks seem to have made peace with a Drink Responsibly campaign and believe that approach long ago negotiated, would protect them against prohibitionist intent. 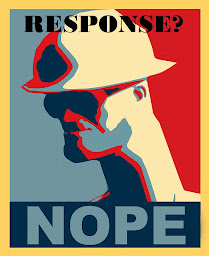 Those in industry associations that focus on public policy roles for the wine industry however, seem more worried about the possible regulator repercussions from claiming there are health benefits associated with wine consumption. That is an issue for a permit holder, but not for an industry group working on alcohol policy as that group isn't regulated by the TTB. The argument is the regulators may try and pierce the corporate veil and somehow go after permit holders, but there is no case of that ever taking place.
To me, it's a choice between ignoring the real impact from biased attacks, compared with an imagined risk that could result from doing something about this problem.
We don't need to fund our own biased studies. I've advocated for the creation of a group that can focus on the science that is already in existence, and that group be available to point journalists and/or state and federal lawmakers to the other side of this debate and supply useful leadership and messaging that can align the industry. Thus far, I've not been successful or sufficiently persuasive.

Another Victory for The Cumulative Negative Health Messaging Campaign 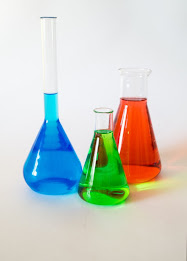 Last week, the USDA Dietary Guideline Recommendations were released, and the recommendation from a sub-panel was included to cut the recommended daily limit of wine consumption by 50% over the prior guidelines. Those prior guidelines were set using the guidance of decades of scientific research. This controversial recommendation coincidently comes at a time when the alcohol beverage industry and the world are engaged in other battles and came without prior warning.
The small sub-group recommending this change is headed by Timothy S. Naimi who has a decidedly anti-alcohol bias and receives grant support from the National Institutes of Health and the CDC to research binge drinking, youth drinking, health effects of low-dose ethanol, and substance use policy including the impact of alcohol control regulations.
What science is behind the recommended change? The report cited only a single study that examined the difference between men consuming one or two drinks per day. My question is how can an unbiased group conclude that a single study should outweigh and counter the weight of decades of prior work? The document also concludes that the "preponderance of evidence" reviewed supports that men and women should only have one drink a day. If there is only one study referencing one drink a day, that doesn't seem like a preponderance of the evidence.
I thought Former US Representative Bob Barr did an excellent job of pointing out the unscientific approach employed in an article called Nanny State Now Targets Even Moderate Alcohol Consumption.

Changing the Status Quo, And What You Can Do 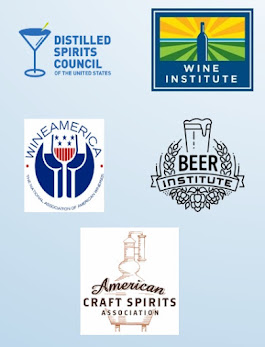 Generally speaking, the Beer, Wine, and Spirits industry groups see each other as competitors. It's rare when they see eye-to-eye on a topic. And thus far - no industry group has really taken action on the information noted above.
So I take it with a degree of amazement to note that The Wine Institute, Wine America, The Beer Institute, The American Craft Spirits Association, and the Distilled Spirits Council banded together last week and are asking us all to make sure that Congress and the USDA see this recommendation as wholly unscientific, unbalanced, and understand why this change would be a disservice to consumers, if not an unhealthy recommendation given that moderate consumption is more healthy than abstinence as has been the case in decades of prior work.

Please join this site on the top right-hand side of the page, and offer your thoughts below. I respond to everyone.
﻿
Please share this post on your favorite social media platform. We need to heighten the discussion of this topic.
Posted by Rob McMillan rmcmillan@svb.com at 3:25 PM