I will get to the topic at hand but first, a moment of silence .......... <that's enough> because last Friday Jonathan Winters passed away. In his honor, I've pinned a video of he and Dean Martin to the blog to remember his greatness, and give a little chuckle to all those who spent the weekend bleary-eyed doing taxes. For you Millennials who don't recognize the other guy in the video, that is Dean Martin who was of course the founder of Men's Warehouse.

Jonathan Winters was a brilliant comedian of a thousand voices. Only 27 actually took up residence inside his head at any one time according to staffers at Bellevue. No matter which personality was home, the man was truly a gift to humanity. He could ad lib on almost any subject. I wish he were here to help explain in his own special way what exactly happened to the 16th Amendment. That's the one that makes us all go crazy to meet the filing deadline. I'm sure he'd have quite a bit to say about that. For you Boomers who weren't born yet, the 16th Amendment is the one that says in it's entirety:


"The Congress shall have power to lay and collect taxes on incomes, from whatever source derived, without apportionment among the several States, and without regard to any census or enumeration."

That's it. That's the whole Amendment. I'd love to hear Jonathan explain how we moved from those 30 words to the present 6,000 pages and 500 million words. It's so complex we spend $6BN annually processing our returns. Ninety percent of the populace today have to use a tax professional or tax software to process their returns.

And now to the point of the blog, it would have really been great if Jonathan Winters could explain Climate Change. Like the tax code, understanding Climate Change requires us to listen to others who know more than us. We have to try and decipher the meaning of the technical writings so we can plan and avoid any negative forecast impact. But like all things, wisdom begins with understanding. The problem is understanding gets really difficult for us when we start listening to unqualified on-line writers who give us their interpretations of technical reports, whether its the tax code or Climate Change. 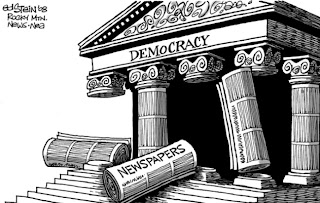 Last week you might have picked up on the scientific study that used long-range climate change models and layered those results on top of 20 day moving average temperature ranges to predict the future world-wide impact on grape growing. The study received quite a bit of publicity when that last bastion of all truth, the on-line Guardian, reported: "A study has found sharp declines in wine production from Bordeaux, Rhone and Tuscany, as well as California’s Napa Valley and Chile by 2050." That story line seemed to be repeated over and over and over and over by media and bloggers around the world.

When I saw the news reports last week, I did what apparently few others in the media did. I actually read the complete report. The news reports identified the Napa AVA as an expected place where change would take place, yet prominent on page one of the report was this sentence:


"Current suitability is projected to be retained in smaller areas of current wine-producing regions, especially at upper elevations and in coastal areas."

What is often missed in the laypersons discussion of climate change is the lack of homogeneity in the regional consequences of that change. As it relates to coastal areas, the ocean moderates change and the report did point that out. So what about the Napa AVA? What I discovered actually reading the report was there was not one mention of the Napa AVA in the report whatsoever.

The media coverage on this report is nothing short of revolting and a sad commentary on the decline of news organizations who now struggle against free news on the internet, and grapple to define their own revenue models to find ways to pay their professional reporters. Today we don't have to wait for tomorrow's paper. We can read all the unsubstantiated feckless attempts from unpaid writers and get their uninformed scoop ahead of the truth.

Sadly that grief is compounded now by other respected for-profit media outlets who in their haste to keep up with "I want it now consumers," repeat the same drivel without independent verification. In the "if you can't beat them, join them" line of thinking, much like the gossip rags in the checkout lanes at grocery stores, many reporters today in mainstream media are paid for the impact of a story as measured by clicks, social media impact, coverage by other outlets, etc.. With the struggle for profitability, there is less editorial oversight reviewing reporter accuracy than ever before. (Editorial Note: None of the above is to insinuate anything negative about bloggers who always present researched opinion.)


While this study purports to be unbiased, it should be said the supporters and authors of the report all share a similar green bias. The report lists several groups like the Environmental Defense Fund, Conservation International, and the Center for Large Landscape Conservation. There are references within to changes in wildlife migration and populations which seem to be outside the general scope of the report and my guess were probably included to satisfy a supporter.

I prefer science over subjective studies which use science as a club instead of a map which could be used to positively evolve our world. The benefits of the positive discussion on global change ensuing from this study, do not justify the means employed to create it.

This report is scientific sensationalism. Is it accurate? Who knows? It's an attempt to popularize and politicize a point of view. Why do you think the report was overlaid against a popular world consumer luxury product like wine instead of rutabagas? Rather than come up with a hypothesis and expose that to unbiased observation, measurement, testing and modification of the hypothesis, this report appears to start with a political objective and then pulls in scientific facts and models to support the preordained conclusion. That should throw complete doubt on the actual findings, in the same way a report on underage drinking funded by WSWA should be completely dismissed. 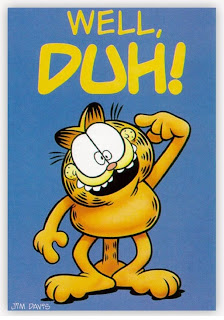 To my thinking, this report on world climate change isn't even newsworthy. Its a repetition of information that's already been out there in several forms for many many years. No new science has been put forth or even purported to have been discovered in the report.

The synopsis in my read is that we are entering a period of global weather change. OK so far ..... Change wont be homogeneous and will be impacted by other variables such as elevation, regional urbanization, and shifts in other biological adaptation within any ecosystem. Got that .... The report pointed out a fair amount of agreement within the climate change models used; a little more agreement in the Western US and less in Europe. Not particularly noteworthy to me ...... As it relates to viticulture itself, the report also notes other issues can impact the actual outcome of climate change such as advances in the application of water and the genetic alteration of clones to make plants more drought resistant. .....Well duh!....

Finally unless I am missing something, the conclusions  - even if unbiased should be held in doubt since the Central Valley of California isn't even noted as a current region suitable for grape growing on the map to the left. As I understand the color scheme, current suitability in growing regions is indicated by red. That big foot-shaped area in the middle of the map isn't in red and of course the Central Valley is the largest producer of wine in the U.S.A.. I think we can all agree The Big Valley is suitable today for winegrape production. I acknowledge I'm not a geography major, but I do better with primary color identification and in Kindergarten I discovered pinkish isn't red.

That's a lot to cover this week but I am curious about your reactions. Please join the site, log in and offer your perspective pro or con. I'd really like to hear your perspectives on the state of the press and your views of the report.