The Best President for the Wine Business is ....

I admit it. I said last week that SVB on Wine would be going on hiatus until January while we are producing the Annual State of the Industry report. Well .....I guess I lied. Shocking! A banker who lied? I guess that makes me eligible for public office though. ....hmmm....upon further reflection ....nope .... unlike President Clinton who never inhaled but he did lie, I did inhale ... once ... as an aspiring musician but it was a job requirement. Nonetheless, that makes me unfit for public office and as a colorful Senator once said, "If nominated, I shall run to Mexico. If elected, I shall fight extradition." I mean really, who would want to run for public office these days and endure the mud-slinging and digging into the mistakes in your life? We've made office fit only for people who never made a mistake, or were never caught in a mistake.

Moving on to the topic at hand, many people seemed pretty engaged on the piece we wrote last week that discussed Argentina and the negative impact their Government has on the wine business. After watching the feisty Presidential debates this past week, I said to myself .... "Self? Which of the two candidates is best suited to help the wine industry for the next four years?"  'Myself,' predictably didn't answer me, so I've decided to go against my better judgment and toss it out for a discussion topic this week.

Before you start trying to guess where my bias lies, let me just say in the past four elections I've voted for both parties in the Presidential elections. I'm a fiscal conservative and social moderate if that matters.

So let's see if we can reason this out, and lets see if we can do it without resorting to all the B.S. and negativism and misleading commercials foisted upon us by the far right (I hate Sean Hannity on Fox) or the far left (I hate Rachel Maddow on MSNBC). Lets see if we can be rational by advocating for the positives of our preferred choice instead of tearing down the alternate candidate. After all, we already know Obama is a liar, a Socialist, and will add trillions more in Federal debt. Its also a given that Romney is a liar, a religious zealot, and he will overturn Roe vs Wade. There: We have that out of the way. Yes ....it wont be easy but give it a shot by commenting below and voting on the Presidential Poll down on the right hand column:

Let's start with what is important for the wine business. In my view, its: 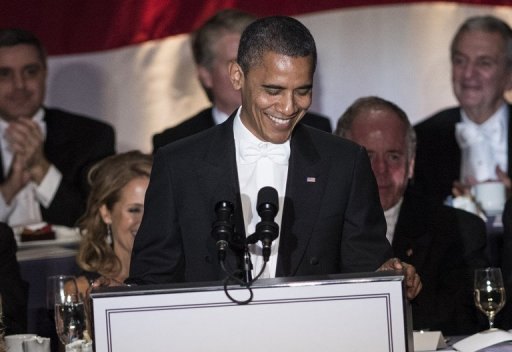 Democrats Will Increase the Deficit

If you are already democratic leaning, you would argue that President Obama is the right candidate because he inherited the country's problems, things are better than they were when he took over, the economy is continuing to improve and there are more jobs now that have been created since he's taken office. Separately, it probably resonates with you that the President has stuck to his word and delivered on several social programs including Health Care reform, and has properly pointed the finger of blame at corporate excesses and abuses on Wall Street. Along with former Fed Chairman Volker, he instituted the most comprehensive set of new regulations on the financial system since Glass-Steagall. You probably feel as though the democratic agenda better supports the middle-class and narrows the gap between rich and poor. You might say to yourself the upper class wage earners aren't doing their fair share of shouldering the tax burden and appreciate his plan of trying to balance the deficit by increasing taxation on the wealthiest among us thus slowing down expected growth and stabilizing the Federal Deficit. In terms of 'likability,' the President seems more like the average Joe and more approachable than his challenger. And ..... you hate PBS news anchor Jim Lehrer.

Republicans Will Eliminate the Saftey Net


If you are already republican leaning, you probably see Governor Romney as better for the business environment and might point to his successful rescue of bankrupt Bain & Company as an indicator. You might say he would be better for the economy based on his education, his history of balancing budgets in Massachusetts and the other executive positions in which he's served. Most people in the US place Washington politicians even below bankers in terms of respect, so you might see Governor Romney as coming from the outside of Washington politics and feel hopeful for positive change and better compromise. You might appreciate his conservative views on many social issues as well. On tax, you probably agree with his approach of lowering the tax on everyone, making the Bush era tax cuts permanent, but having those making over $200k a year still pay 60% of the country's tax burden by reducing/eliminating their deductions. You also probably see Romney's tax and proposed program cuts as being more likely to add up to stabilizing the deficit. And ..... you hate CNN commentator Candy Crowley.

What if there is a tie?

With a couple weeks left before the election, the polls have the President and challenger in a statistical tie on the popular vote. Intrade.com; a site that sets odds on anything, has the odds of Barack Obama winning at 67%. In the electoral vote, Obama has a current lead in most polls but the trend is toward Mr. Romney. MSNBC has a piece running right now talking about the many ways in which we can have an actual tie in electoral votes. Going to my favorite site Politico yields a pretty convincing argument for the current president winning, but given Fridays 200+ point drop in the DJIA fueled by softness in top line revenues, and an emerging foreign policy black eye with the Benghazi situation, actually predicting who will win is still a total crap shoot. Besides, the blog is about who is the best candidate for the wine business versus who will win or who you want to win.

Lets all acknowledge neither candidate will produce perfect weather or have much influence over sufficient water. Further, if you read independents who review both the fiscal policies proposed, both are presenting campaign distortions and neither will reduce the deficit as they say. But if you don't expect the deficit to improve, GDP better improve so,  surprise ... its the economy stupid, to cite former President Clinton.

My view on the best candidate for the wine business is consistent with the CNN poll that has Romney with a strong lead over Obama on the question of who would do a better job with the economy. Since that's the most important thing for growth in wine sales in my belief, I think Romney is the best candidate for the wine business - notwithstanding the fact he's not likely to show up at the annual wine caucus in Washington.

You will notice a poll with a white frame around it on the right hand bar of the Blog this week. The questionof the poll isn't who are you going to vote for, or who do you predict will win. The question is:  Who do you think is the best candidate for the wine business?

Vote on the Poll in the right column, and comment below on your choice for the best candidate for the Wine Business.

And .......... please if you are a West Coast winery owner, take the Annual Wine Conditions Survey.
Posted by Rob McMillan at 12:43 PM