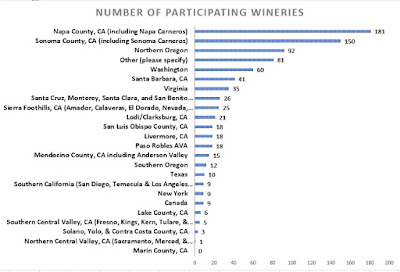 The Annual SVB Industry Survey is closed. I've never posted those words on a blog before because that has never been news. But last Friday, because of the lack of industry response, I was convinced this would be SVB's last survey and in another first, I had to let the industry know that.

I interpreted the continuing annual trend of fewer survey responses as the industry making a universal statement that our research wasn't worth spending the 13 minutes it takes on average to complete it. I can't analyze blank cells, so without a response from wineries, I can't write the Annual State of the Industry Report with the same level of analytic support. How else am I to interpret the disastrous survey response?

I knew last Friday if I couldn't get at least 200 more responses in the 4 remaining days of this 3-week survey, there was no sense in continuing, and this was going to be the last survey the bank would produce - and the good news is I would get my November and December holidays back! So the close of the survey has now apparently become news to many people, including my family. How did we end up with responses? 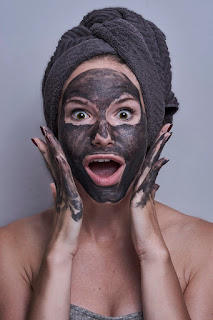 The bad news is I am still working through Christmas. The good news is the response was far better than I imagined. I am actually amazed!

We went from 377 responses when I released the blog, to 845 when the survey closed Tuesday at midnight! You can see the final raw results in the lead chart by clicking on the picture.

The industry voted by more than doubling the number of surveys we had prior! Through social media, email, text, phone calls and comments on the blog, I was told in no uncertain terms that the industry wanted to see SVB continue with our annual report and survey.

I had people connect with me from direct bank competitors, from reporters and the media, from wine organizations - people from across all wine regions, across the country, and in several countries in Europe. Apparently, this is important after all? I thought that was the case but with this experience, I had doubts.

Though we collectively rescued the survey and ruined my holidays in the process, the question has to be asked: Why did the message and survey response move from apathy one day, to determined action the next?

The answer is I haven't done a good enough job of explaining the industry responsibility in this research partnership, and I have been misreading the value the industry placed in getting the data in exchange for taking the survey. 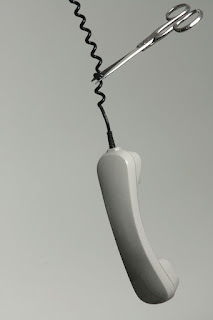 As I pointed out in the blog post from Friday, everyone is busy. Time is short, especially during harvest. We all make choices in how we use our precious time.

With every survey over the past several years, there have been a certain number of people who have made the personal choice to not participate in the survey. It's been in small measured and consistent amounts each year. Noting the trend, we spent more money and increased the way we messaged, thinking that we weren't getting through to let people know the survey was open.

Looking at it from a fictitious winery's point of view: Winery ABC doesn't participate in one year for whatever reason, but they didn't really read the survey output anyway. They wanted the big-picture results but still ended up getting the major findings from the survey in the Annual Videocast and State of the Industry Report. So for this winery, they conclude they don't get anything from the survey. They get a lot from the research we do but it didn't matter if they participated or not. The smoke was still going up the chimney and that reinforced that winery's inaction. Why pay for the cow when you can get the milk for free ... to repurpose an old adage. 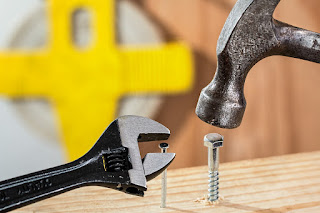 We have been giving respondents - what we thought was a valuable incentive for completing the survey, but that was a misread. We give the full set of anonymized data and about 75 charts and analytics only to respondents. But guess what? We discovered in our last DtC survey that 2/3ds of the industry don't analyze their data! We've been giving the industry detailed data and information they generally don't use. The industry prefers Cliff's Notes.

Data, which should be highly valuable to an industry in transition, apparently isn't sufficient incentive to participate and complete this survey generally speaking. That's surprising to me but appears to be reality for many.

Over time, it's become clear the industry has come to believe this initiative is Silicon Valley Bank's responsibility instead of a partnership. We prosecuted all the research as if it were a core part of our business and the way we make money. That's the way we do everything here. But in the process of doing more than expected, everyone supposed we would always deliver. We haven't been fair in explaining your part in this partnership.

The New Deal For SVB Research 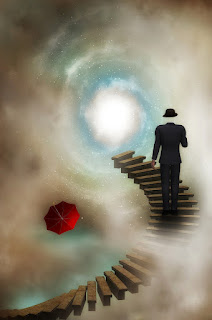 After this survey, we hear loud and clear the industry values our research and no, we aren't going to start charging for it. But we do need to change the balance of responsibility.

I see this survey thing a little like voting for public office. Voting is a moral responsibility that supports our freedom. But many people believe their individual vote doesn't matter. Generally, that's true, from the point of view that an election isn't normally decided by a single vote. But the cumulative impact matters when enough people think their vote doesn't matter and they don't vote. Then we get a surprise in an election. At that point, people hit the social media panic button ... but it's a little too late.

It's the same thing with our research. Your vote matters. If you find value in what we do for the industry in our reports, I believe you have a moral responsibility to contribute to the success in research and complete a survey.

To be clear - this was never intended to be a for-profit SVB initiative. This was intended as an industry partnership.

Going forward, I am proposing a new deal. Hopefully being more clear about what it will take for SVB to continue on with our decades of research, will keep us all from ending up where we were last Friday. We will do our part, but we need people in the industry to take responsibility for two basic things:


If none of this convinces you to jump in and partner with us, that's ok. I accept that not everyone will find value in what we do. My warning is that when enough people feel that way, we will stop producing research and I will get my holidays back and continue on with my full-time job.

If you do find value in what we do, please don't wait to see us close our research efforts before deciding to be a part of this industry solution.

Please join this site on the top right-hand side of the page, and offer your thoughts below. I respond to everyone.
﻿
Please share this post on your favorite social media platform. Let's have a practice run and get this messaging out to the industry so we never get to this point again.