How Important Are Tasting Rooms to Success?

I am a closet genealogist so when I began dating my wife, I started kicking cans in her ancestors. It turned out that one of her ancestors was a minor player at the beginning of the Mexican War of Independence and a Federale. I think the system was a little less formal than what we experience today.
But there is a bit of a standoff taking place in parts of wine country. No, the battle isn't with the Federales - not with the ABC, CDFA, BOE, TTB, or FDA each of whom has a regulatory role in the wine business. The battle is over events, tourism, and tasting rooms.


The wine business is being pressed from an incredible number of directions by those with conflicting desires and fears: 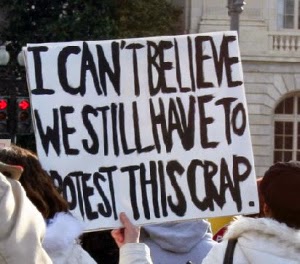 The plot is worthy of a movie .... how bout "The Treasure of the Vinous Madre?" Got a nice nose to it don't you think? I can see the trailer announcing ....Lawless winery owners combat the rag-tag French Legion-like, an army of volunteers in a battle royale with only social media, bullhorns, and cardboard signs with which to fight.

Anyway, this isn't isolated to Napa. A quick read of the press in Santa Barbara, Napa, the Willamette Valley, Paso Robles, Sonoma, New York, Virginia .... pretty much everywhere there is a burgeoning wine business, will yield news reports about the standoff which like all politics today, contains a fair bit of hyperbole.

The hyperbole seems to center around impacts on infrastructure, noise, traffic, and water use. Focusing on Napa for a moment, that's why I loved this article [article], as well as others that are citing facts instead of hyperbole such as: 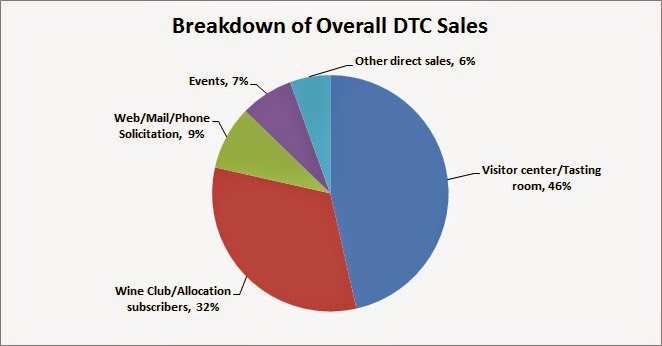 Recently Silicon Valley Bank and Wine Business Monthly combined on a wine industry survey to get a view of the current activity in the direct business. There are some who are weighing into the current debate, throwing whatever point they want out there - substantiated or not - just to see if it sticks. With respect to the last statement of hyperbole, these charts should help dispel that myth. (You can click on them for a larger view.) 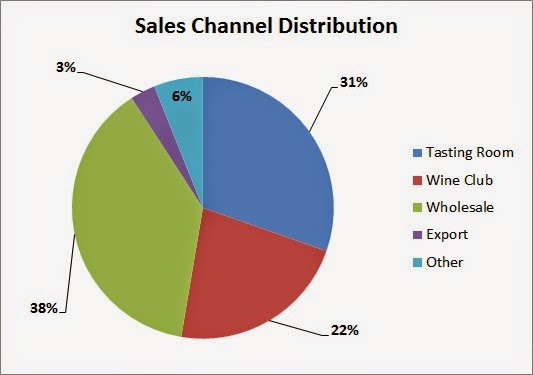 From other work we've done, we know the average winery sells about 60% of their wine direct (chart at left), versus the three-tier system.

From the above chart, you can see almost half of direct wine sales come through the visitor center and tasting room, and about a third through the wine club. Only about 3% we know from prior research comes from internet sales. In this chart, 9% comes from miscellaneous sources and that includes those online sales.

You might also notice there isn't much in the way of revenue from events - just 7%. Events to the extent they are paid events, generate little income relative to other sources. They do generate wine club loyalty which converts to extended stays with a winery and higher lifetime income.

So in answer to the question and in a search for the facts in this ongoing and escalating standoff, about a third of the average winery's direct revenue comes from tasting rooms, and another third from wine clubs which depend on the tasting rooms to supply its members. I'd say that qualifies as important.

If you are inferring from this blog that I am supporting wanton winery growth, you would be absolutely wrong. I am in favor of reasoned, studied, and planned development but there is a limit to winey development.

People come to and live in any wine area because of the vibe of the region. Allowing garish construction, having no concern of the impact of traffic and water with development, putting no consideration into infrastructure and affordable housing - that is contrary to common sense and will kill the goose that lays the golden egg.