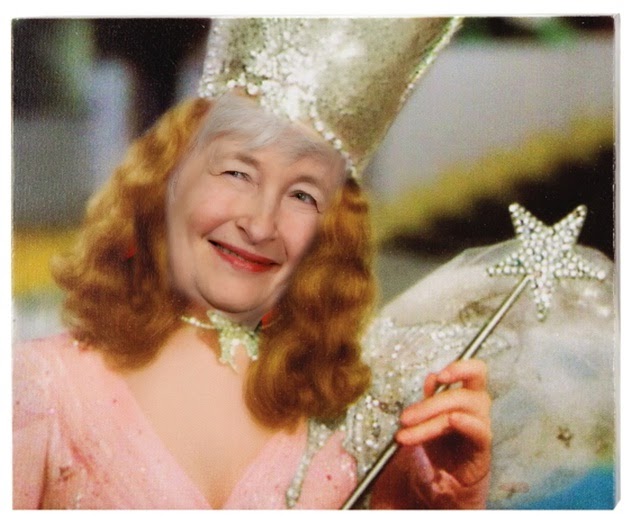 Follow the Yellen Brick Road
On March 16th I was invited to be THE keynote speaker at the 21st Annual Central Coast Insights. OK ... maybe I was just  "a"  keynote speaker ... OK fine. Just don't look at me like that. I was just a "basic speaker." There. I said it..... Are you happy now?

Anyway, speaking in Paso Robles I was reminded of something that has always bothered me. The region makes great wines; as good as any place on earth and yet it has gone through constant boom and bust cycles over the years. Grapes from the Central Coast go into both value priced jugs, and collectable wines too. How can that be?

You are probably a wine expert in some form if you are reading this, but do you know precisely where the Central Coast AVA is located? Are you aware of the varietals for which the AVA is best known?

Napa has in my mind been the best in the USA at cracking through the old world order of wine in Europe, but do you really want to be like Napa at this point in time?

Do you produce world class cabernet? Does your region produce wine just as good as somewhere else? Are the interests of the constituents in your AVA aligned for success? Do you promote what is unique about your region?

Lets use the Central Coast as an example.

The Land of Oz 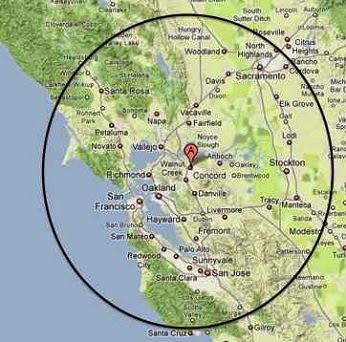 The Central Coast has 99,235 planted acres spanning parts of 14 counties and multiple climate zones. Truthfully, the overwhelming majority of grapes aren't even planted on the coast at all making the AVA title itself misleading.

By the way, little known fact: Did you know that I was born and grew up on the "Central Coast" in that quaint coastal fishing village of Concord California which is located in Contra Costa County and shown in the map above. These Santa Barbara folks are just like me!

The Wine Regions of Oz 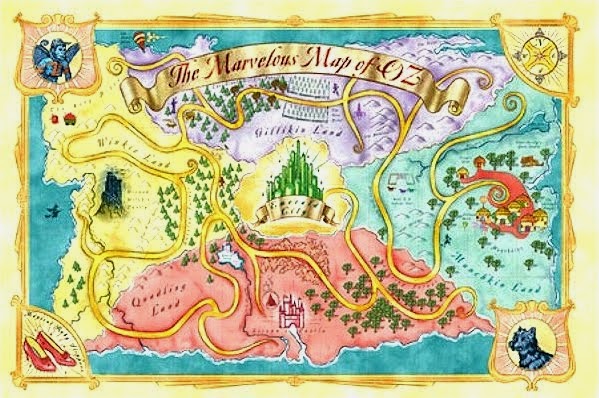 Nobody knows where Oz really is, but everyone would like to know wouldn't they? The wine growing regions of Oz are, just like the Central Coast, completely non-homogenous and unknown to most sober consumers.

The start of the Yellow Brick Road is a small town with small people. There's no place to grow grapes, and wine consumption is lesser than in most cities of the Wizardom. That's very different than the cool climate that grows self-harvesting apple trees in the middle of the Oz AVA, and different again from the warm climate at the end of the brick road that only grows poppies and sits squarely in Region IV; unsuited to fine wine production.

Running Away From Home Isn't a Good Idea. In 1995 I remember seeing a pitch book for RH Phillips Winery ahead of their IPO. The winery now owned by Constellation Brands (NYSE: STZ) is located in the Dunnigan Hills AVA. Many people probably haven't heard of that AVA and certainly in the financial world, few had heard of Yolo County back in 1995 so within that pitch book was a map that looked something like the one to the left.
The verbiage emphasized the close proximity of Dunnigan Hills to Napa, and waxed eloquently about the long warm breezy days and cool nights that produced the region's wines which were in character ....just like Napa.
Of course the characterization of the AVA as being anything like Napa is a pretty big stretch but the underwriters were telling a story. What should they have said? This is a county known for sheep? Actually I think the answer is absolutely Y-E-S because the only true use of an AVA is in marketing and marketing is about telling a story. If it has to start with sheep, then so be it.
If Your AVA is Kansas, Say "There's No Place Like Home" 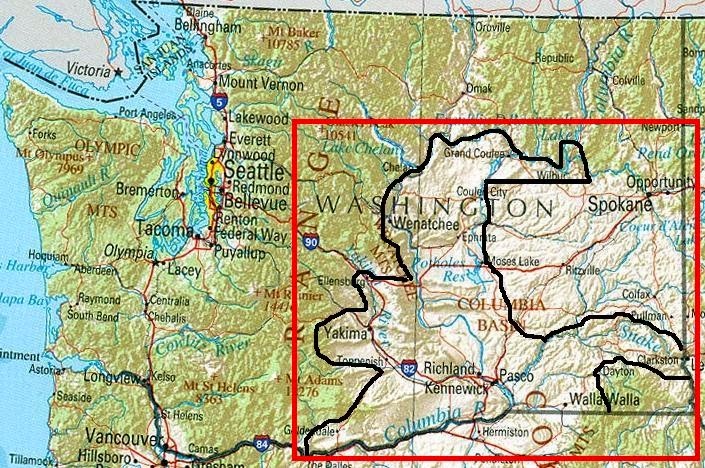 Align your AVA Marketing. Market your own region and what it produces, and don't confuse the consumer with false comparisons. Its at best a short term gain to compare your region to someone else's. Consumers want to understand your wine region, not someone else's.
Take Sonoma for a case study. While it might be easy in some ways for Sonoma to promote itself as being "just like Napa," they recognized a very long time ago its the opposite, which is best for their long term brand interests. With the exception of a few small regions that produce cabernet, Sonoma's doesn't compete with the cabernet in Napa. Its a cooler climate. Wine consumers know that because of how they have promoted their region. 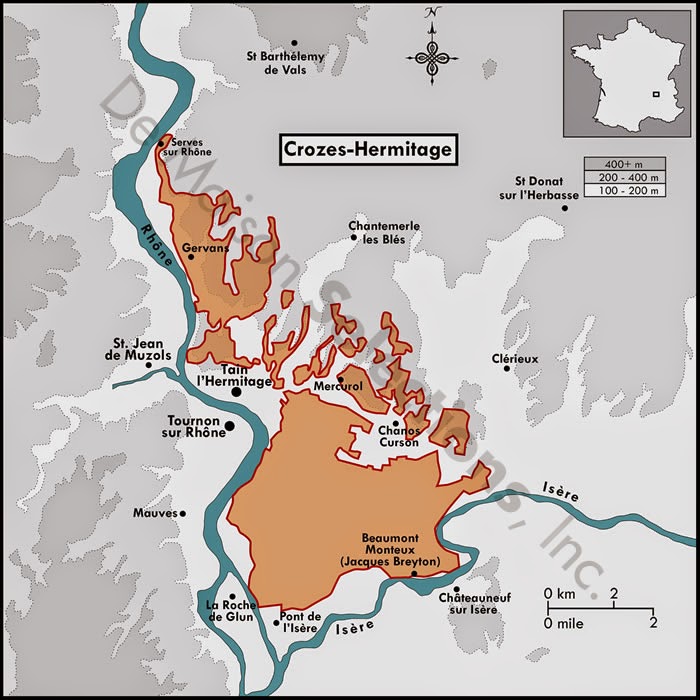 If you are in the Livermore Valley AVA, don't promote yourself as being part of the Central Coast. Affirm your own identity and what consumers can expect from the wines of your region. The Hermitage AOC does not aspire to be the Côte d'Or. Why would they? They can't compete with the pinot noir grown in Burgundy but Burgundy can't compete with the wines made in Hermitage.
If you are in Oregon, don't promote your region as being like Burgundy. Oregon makes wines worthy of world renown without inserting into the conversation that the latitude in Oregon is about the same as Burgundy's. ( ... BTW, Mongolia and Portland are in the same latitude.)
If you are in the Oregon section of the Columbia Valley AVA, of which most of the AVA is in Washington, promote your growing region as it is. Its not a pinot region and alignment of interests are crucial to the success in marketing. So unless that sliver of Oregon succeeds from the mother State, you in that AVA working in Oregon will need to unite under the flag of the Columbia Valley. 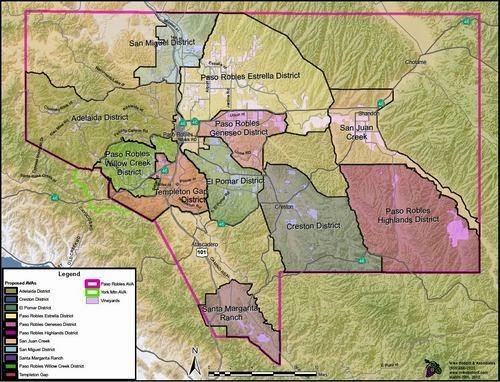 And back to the Central Coast, most in the business know that Paso Robles was broken up into 11 new AVA's last year and that brought about a fair amount of discussion about the region and differences. That was the point. My advice is still the same: Market your own region. But in the case of Paso, that may create some conflict one day given the very close proximity of the new AVA's.
To be successful, the Paso Association will need to represent all the new regions and growers. What will happen if one or more of the Eastside AVA's gain critical mass and attention, and the consumer starts wanting wines from the sub-regions? Or conversely, what if the consumer decides they don't want wine from one of the new AVA's as defined? It's something to manage, but the new AVA's are probably a good start to pull Paso Robles out of the Land of Oz.
But if you really are in the Land of Oz, you better let us all know the location because I hear the wines are "just like Napa." Before letting us know however, you better put down that glass and get away from the Yellen Brick Road.... Maybe more on Janet Yellen next week if I can put down my glass.
---------------------------
What do you think?
Is your AVA trying to promote itself by "me too" promotion of a different region? Are the interests in your AVA Association in solid alignment? Are consumers helped in understanding the wines produced from your region by the marketing that's being done? Do you know where The Land of Oz is?
Posted by Rob McMillan rmcmillan@svb.com at 4:50 PM