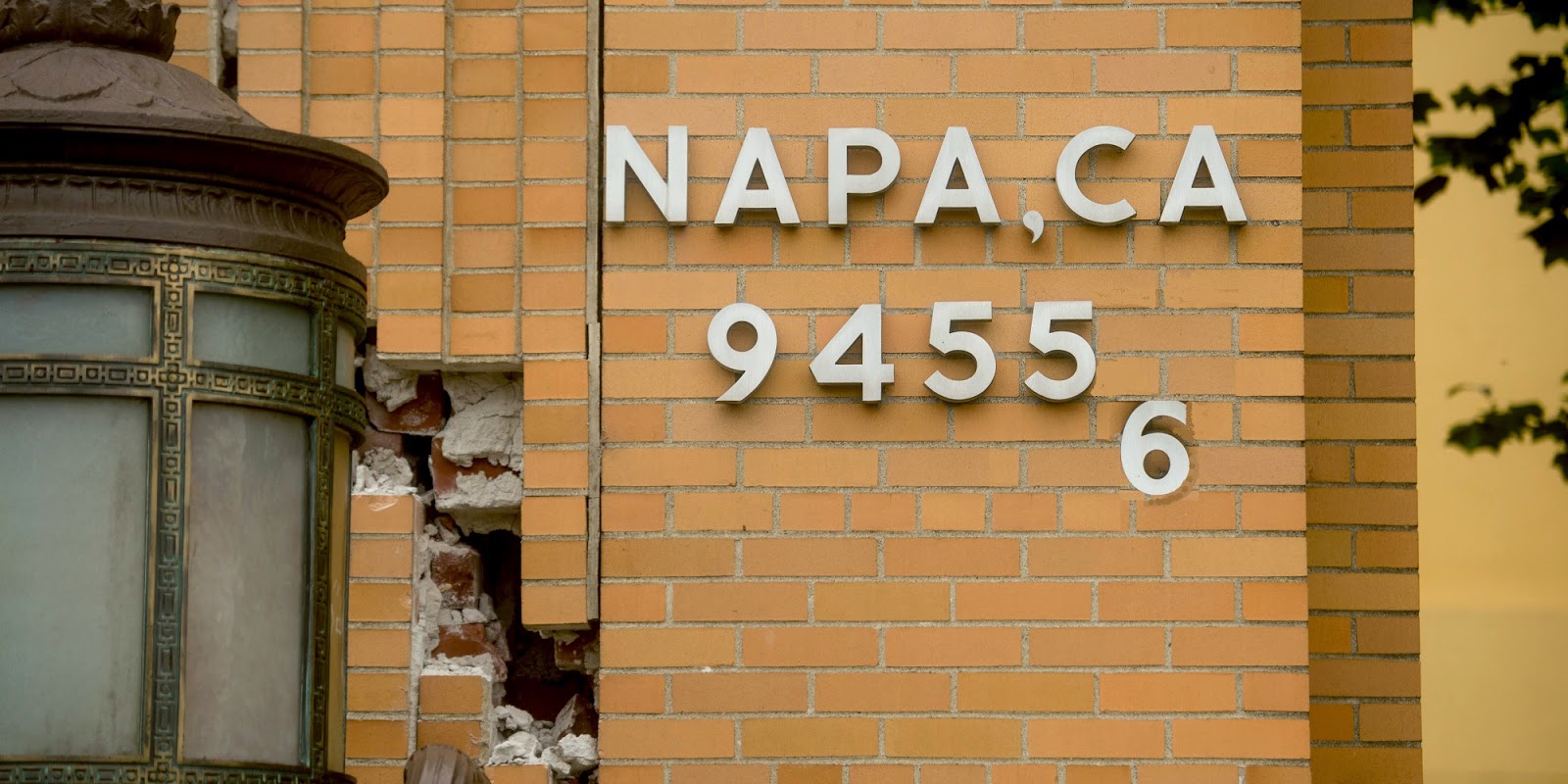 One year ago Monday, I woke to a bit of a shaking. Having been 18 miles from the Loma Prieta Earthquake in 1989, I was experienced enough to recognize this wasn't a run-of-the-mill quake, and in fact for me, this was far worse than Loma Prieta. I live on the fault line rupture and while Loma Prieta was far more widespead and longer, it was also deep and there was no surface rupture. This one was very shallow and far more violent if you live in southwest Napa.

A year later, Napa is moving through repairs but people still carry vivid memories of that event. I had an interesting role in the quake, in that a year ago I got tabbed to calculate the damage estimate for Napa County. That was quite an fascinating exercise. My early estimates of the damage pegged losses at $80M. I'd love to survey and see how close I got, but I suspect it was conservative and the real damage was above $100M simply given the fact damages are made by owners versus contractors, some damage is underground and found later, and those of us living in Napa can tell you it has been difficult to find contractors to take on the work leading to higher prices.

The $100M estimated loss in the scheme of life is ITTY BITTY (that's a financial term) .... compared to the losses we've seen in the stock market in the past couple weeks which has given back trillions  - that's with a "T," in market cap. That rapid price drop had my phone ringing Monday with people frantically asking what I thought this stock correction meant for the fine wine business. I had to start by telling people to get hold of themselves, but here is the point of view I offered:

There are several ways to slice up how this impacts the wine business, but lets look first at stock market history.
When we look at stock corrections since 2008, we can see where the market drops below the moving average and then pops above it as the correction proves to be more of a  consolidation of gains and reallocation of portfolios before things move forward. Other times the break is long, painful and is the first shot in a recession.
With the Great Recession, there were telltale signs of a real estate bubble many ignored and that eventually backed up into the stock market as investors became aware of the threat. The stock market cooled off well before we saw capitulatulation finally in 2007 which in the final analysis was historic by any standard. That's not what this correction is about.

About 6 weeks ago, the markets seemed to me to be quiet .... a little too quiet. It was causing me a little stress right at a time I was trying to quit drinking. Greece had been bailed out. Employment data was improving. Market prices were inflated, real estate has recovered largely, our bank's stock price was at an all-time high like many other stocks and sectors. While that's not normally a problem, as I saw it there was no place to consolidate gains or reallocate a portfolio. Essentially the only place to go was down.
The Fed had done their job. They have reflated the stock market, real estate prices, and employment data has recovered close to what is deemed full employment. (Yes we can argue about what that really means, but hang in there.) Now the discussion was about Yellen taking a victory lap and raising interest rates in concert with a more normalized US economy,
That's the point where I felt the market was at a peak. This correction the past two weeks is reflective of asset prices that are high across the board and one where almost any bad news could and in this case did cause a break.

The bad news that the market held onto was the slowdown in China and the resulting impact on commodity prices worldwide. But holding on to that issue really ignores all the good data in the US and Europe that is leading to a likely US rate increase.
The Fed and Moral Hazards

Post Great Recession, the Fed decided they were going to reflate assets by creating excessive liquidity and by reducing interest rates to zero. The reality is the Fed was creating a safety net on the stock market and that has created a financial moral hazard; a place where investors felt they could invest and the Federal Reserve would pump the market back up if it dropped. For nearly a decade now, investors have felt that net, and so much so that analysts pegged the chances of a Q3 rate increase at only 10% by the end of Monday. I believe the safety net is about to be pulled out from under the market.
The reality is that high stock prices are not the mandate of the Fed. That was a reaction to a financial crisis and the messaging of late from the Federal Reserve has been that it is raising rates which should signal an end to accommodative policy which has supported artificially high asset prices. In the SVB Annual Wine Report published in January, we forecast the Fed would increase rates in Q3 and I am standing by that prediction.

Because so many now believe the Fed isn't going to raise rates, its not going to surprise me to see additional market price drops and increased volatility through year end - some big up days and some big down days. But that's not the same thing as saying the economy is in a bad spot, and its the economy that supports the wine business not the stock market. 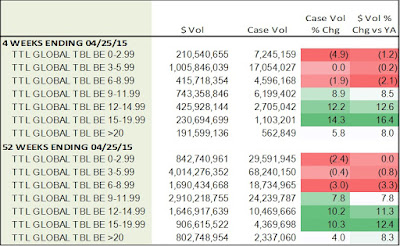 So what does this correction mean to the wine business? While I'd like to have a splashy headline, the reality is this means very little to holiday wine sales.
We experience a drop in demand in higher priced wines and downward pricing ("trading down") in recessions. The 'wealth effect' from damaged portfolios today might put a little added fear into wine consumers if this volatility and downward pressure continues, and that could lead to a little slowdown in pricy wines. But unless you think this correction is the equivalent of a 6.0 Economic Earthquake that is preceding a recession - and I do not believe that, we should see a continuation of the current trading up trend and this two week correction will prove to be a minor temblor in the final analysis.
All the labor data indicate the US economy is in a reasonably good spot and because of that, demand for wine should continue in a positive direction in more expensive price points and retain the bad news in cheaper wine sales as reflected in the above Nielsen data. This is an interesting market correction but unlike the South Napa Earthquake from a year ago, this blip won't even be remembered a year from now.
~~~~~~~~~~~~~~~~0~~~~~~~~~~~~~﻿
﻿

Please join this site at the top right of this page for updates and new posts, sign in and offer your perspectives for the benefit of the community.

If you think this information and discussion is valuable and want to spur additional discussion, please share this post on your favorite social media platform.