My mom used to go to the Day-Old Hostess bread store. She would get apple pies and Ho-Ho's and freeze them for our school lunches. They were really good....maybe not that healthy but Hostess advertising said they were healthy snacks back then - wholesome goodness I think was the pitch line, and even day-old Hostess snacks never were stale. Of course now we know it was due to the overuse of preservatives which by themselves can cause a corpse to never decompose. 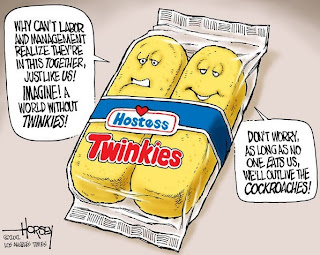 There is no Day-Old Wine Store for good reason. With Twinkies and Snowballs, freezing made the product usable on my schedule. With wine once its opened, you either drink the whole thing or risk letting the remnant oxidize. Personally, I hate oxidized wine but there's a dilemma. Do I drink a really nice bottle with dinner and have some left that might not be consumed? Or, do I drink a lesser bottle and not be as concerned if I have to dump it? Of course I can just drink the whole bottle, but the calorie thing is becoming a real problem these days .... maybe it was the Twinkies. Either way I blame it on my mother pushing me into addiction. Twinkies are a gateway drug you know.

I can't tell you how much day-old wine I've had to dump over the years. I'd hate to think about what that cost me; maybe thousands of dollars given my drinking habits stemming from my traumatic childhood. While I've not found a solution to my Twinkie addiction, I have found the solution to my dilemma of wasted wine. If you like this solution as well, there is a deal for you at the end of this blog - only for SVB on Wine readers.


In my role at Silicon Valley Bank, I get lots of calls from people wanting to pick my brain. It's probably why I can't remember what day it is anymore. Brain pickers come in all flavors; as investors, the press, people with a business concept, and on occasion people who have the latest and greatest new product or gadget. Some of the ideas are novel but never has anyone presented me with something that I saw as a disruptive or transformational innovation. That changed in September of 2012 when I saw the beta model for the Coravin Wine Access System.

In August of last year I got a call from Josh Makower. He told me he had a product that "preserved opened wine for months" and "the transformational potential of the product for consumers, restaurants, and wine producers would be unprecedented!" To say I was skeptical would be a massive understatement as I've seen hundreds of gadgets in wine fail, but a few things intrigued me here. It turned out Josh had been involved with several successful medical start ups with Silicon Valley Bank on the Tech side of our organization, and he was a part of NEA which is a top tier Venture Capital Firm. He also said he was bringing his colleague Nick Lazaris who was one of the early CEO's of another of our technology start ups, Keurig.
﻿﻿


Josh brought in one of the beta models of the Coravin system. With a special needle that's used in the medical field attached to a device that looked like a rabbit wine opener, he easily inserted the needle through the capsule of an unopened bottle. Then, pressing a button with his thumb and pumping in argon gas, he pumped out a single glass of wine. He removed the needle and the cork resealed itself. That was interesting but not earth shattering to me. Then the ah-HA! moment came: The bottle was half full, had the original capsule intact, and was first opened 4 months prior! This was not day-old wine! We popped the cork on an unopened bottle for a side-by-side comparison:  No difference whatsoever. The wines were identical. Now that WAS earth shattering. A wine that had the first glass poured months prior, tasted the same as an unopened bottle. My mind started racing to applications.

I could have a glass of white, pinot, and cabernet every night at dinner and never worry about spoiling a bottle. Corked wine? A fine wine retailer or tasting room customer could take a very small sample and test it with reactive test strips to check for specific flaws before taking it home (First someone has to invent those strips). Tasting rooms could use an industrial version with a 1 ounce meter on the gadget that could be attached to a larger argon tank thus eliminating waste or accidentally pouring oxidized wine. My mom could drink her magnum of moscato one glass at a time for 2 months without the wine changing. That case of wine you bought a decade ago and stored ... has it reached the point where its time to drink it? The applications are limitless.


On Monday July 29th; almost a year from the date I took the meeting, Coravin announced the launch of their new wine storage system. Robert Parker had interesting comments saying, Coravin is “the most transformational and exciting new product for wine lovers that has been developed or invented in the last 30-plus years.” He also posted a series of videos about the Coravin System based on his own testing. You can find those on his e-robertparker.com website.


I don't think the product is perfect yet:. The argon canister only contains enough gas for about 15 pours. It would be nice if that handled a few more glasses but I'm guessing we'll see more canister options at some point in the same way we saw so many different extensions from Keurig through the years. In addition, the product at first blush is a little pricey at USD $279.00. That said I drink a bottle of wine at that price on occasion so maybe its a bargain? Thinking further, after paying for the machine itself, we're talking about getting the freedom to try any wine in your cellar and not worry about spoiling it for 66 cents a glass based on 15 pours at $10 for a canister. Given the price of those bottles, the all-in price actually seems very reasonable, so I take it all back. Its a fair price. 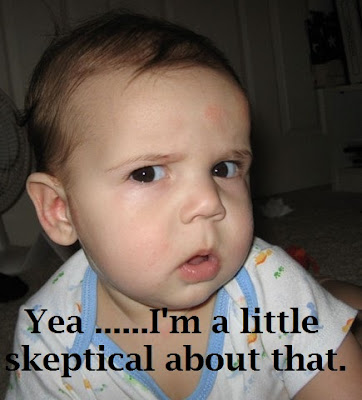 Some of the skeptics out there might think I have a personal interest in promoting this. I assure you I don't. I haven't been asked to recommend this product by anyone and don't have any incentive. I'm just really jazzed with the utility of this gadget and the people behind it. The applications for the consumer, winery, restaurateur, and wine shop are game-changing. Me? I just can't wait to have any glass I want any night, or share any bottle with a friend without having to drink the whole bottle.

A Deal For SVB on Wine Readers

The good news for you is I did contact the founders last week to let them know I was going to dedicate the SVB on Wine Blog to the Coravin product. So while I don't get anything for recommending this, they have offered to anyone reading this blog, 3 gratis argon canisters if you buy a package between now and Friday August 9th using the PROMO CODE: SVBWine. You can do that through this link to the Coravin website.


As a final point, for those commercial wineries interested in trying this out, reselling these in their own tasting rooms at some point, or have other questions about commercial use, I've been given the contact at Coravin for additional questions and discussion. You can contact John Fruin, National Sales Manager here: john@coravin.com.

What do you think? Did you hang in there and read another exceptionally long Blog? Are you skeptical of this product like I was? Log in and offer your thoughts about this product or any other storage devices that you are using and appreciate.
Posted by Rob McMillan at 8:25 PM