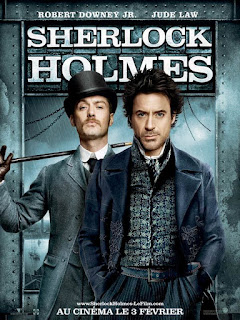 In the SVB State Industry Report this past spring we said,

"Most of the Flash sites have a culture of discounting. Their businesses were built on the ability to source inexpensive product in an over-supplied market. The problem is, buying cheap wine is going to become increasing difficult in a market that is moving to shortage. If those companies have a culture of selling on price alone, they will be disadvantaged."

There hasn't been a major shift in our thinking about flash sites. We believe they are under pressure and the volume of wines available for discount are dropping, but there are some nuanced changes that might give us some more clues about our mystery:

What do you conclude now Watson? Logic would say conditions might be improving for flash offers based on those clues. According to Wines & Vines, there were 36% more flash offers in June of 2012 versus 2011. That probably means the expansion in on-line sales continues to be the single biggest area of growth in US wine business. It's consistent with ShipCompliant's published statistics. But it doesn't give us any clue about Lot18's closure in the UK. In fact when you look at the selected chart above, the unweighted average discount being offered in April of this year is still 36%.﻿﻿﻿﻿﻿﻿﻿﻿ Sounds like there are still wine discounts, no? It's a dead end, a wild goose-chase no doubt a clever ploy to take us off the scent. Prudence dictates we should quickly move on. Next theory Holmes?


I've got it. It was Mrs Peacock with a pipe wrench in the conservatory .... no.... let's not jump to premature conclusions Watson. I have it on good authority Mrs. Peacock was not in the UK when the closure took place. Stick with the clues. Maybe we can get some forensic ideas by looking at top line sales results of flash sites?

Compete.com is a pretty cool source of market intelligence. To the left are the charts for UV's (unique visitors) which aren't sales, but should be a proxy. The first chart is Invino which showed consistent growth, a big pop in March followed by a decline to about 50,000 unique visitors a month now. The next is Lot18 which shows a huge start followed by a pop in April (maybe the UK opening?) and then a decline to about 75,000 visitors a month. Now we're getting somewhere. It looks like Invino and Lot18 both have had visitor declines since February - AHhhh HA!! ..... So there were visitor declines after they opened their UK branch. That's too obvious a reason. That just supports Lot18's press release that business didn't work out in the UK. This is starting to have all the makings of a frame job on the UK supermarkets including a dastardly cover-up. Time to go deep into our sources for some more clues. To the blogoshpere Watson - the place where everything you read is true.


The usual suspects in the US wont do. We need street level intel so we're going to a blogger in the UK; the Joseph Report. Robert Joseph is a fine blogger and it's worth reading his perspectives. He describes himself as a widely-travelled wino. Just the sort of snitch we need to shed some light on this mystery. In his blog last week, Joseph tossed out some of his own theories behind Lot18's UK shuttering. He theorizes the whole episode has to do with the differences between the US and UK retail markets. Lets analyze that: There is no doubt the US market is different from that of our Country's former owners when it comes to wine. They are kinda cheap  - perhaps frugal is a better word - thrifty perhaps? Our contact Joseph supports the cheap theory and opined the real reasons for the closure were the differences in the markets relating to purchases by Millennial's. What say you Watson? ......... Rubbish? Please expound. Quite simply, the large numbers of Millennials don't necessarily mean opportunity with fine wine purchases today, especially in the wake of the Great Recession. The vast majority of wealth is still with the Boomers.Total wine sales in the US to Millennials are estimated between 10%-17% depending on the database you pick. The SVB Wine Conditions survey this year of a population of over 500 US wineries who use CRM suggest the market share is about 14%. But recently released information from ShipCompliant shows Millennials represent only 3% of on-line purchase activity. One would think Millennials; the most digitally literate generation ever should have a much larger market share than 3% of on-line sales? What are they doing with those i-Phone's if they aren't buying wine? Why do they show with such a low share of on-line purchases? My guess is price and speed.

In order to make shipping wine cost effective, wine prices have to be something above $9 a bottle. Millennials buy the lowest average bottle price of all cohorts meaning they are less suited for the on-line channel versus the other cohorts when it comes to pricing. The second reason for the poor showing in on-line sales is the “now” factor. Being digitally literate has also made for one impatient group of consumers. They want it now. Most wine is consumed the night its purchased at the store. Millennials are less planned and more open-ended about their days, tweet when something is up and move on with a plan as it evolves. Getting a Millennial to go on-line, make a purchase of wine for a party they are having the next weekend is contrary to their behavior, and the wines sold on Lot18 averaged almost $35 a bottle; hardly in their price range. To conclude Holmes, this notion of Millennials being to blame is sleight of hand, simply a distraction probably by none other than Moriarty himself!

What we do know, is the Flash Site business model is one that evolved on two precepts: 1) people like a bargain, 2) there is extra wine in the market. While its true people still like a bargain or more accurately they prefer value, the second precept is vexing because it is a temporary and now evaporating condition. You can't build a long-term business model on a temporary condition. In checking around with people I know and trust, I am led to understand that the flash sites are under increasing stress today and smaller players are the first to feel the most pain. That makes sense in a new business model and it wouldn't surprise me to see some failures in the next year. But contrary to anything you read in here, I'd expect the larger and better capitalized businesses like Lot18 to be in the best position to adapt and survive. I'd also expect some more entrepreneurs to find their way in this direct to consumer retail and on-line business with new ideas and evolved sales techniques. That's not a declaration of the end of flash sites at all but does suggest the blurring of lines between e-tailers and flash sites. There is a business need and a consumer want and with time, the wants will be satisfied. One recent US entrant is Naked Wines who have a slightly different model but started in the UK and have crossed the pond this year. The model will not only survive, it with thrive but on learned and evolved sales techniques other than selling on price alone.

So Watson, why did Lot18 close their UK Offices? Lex parsimoniae. Occam's razor: sometime the easiest explanation is the best one. From their press release we read they "have not experienced the anticipated growth rate." The fact they had some recent departures, moved off some vertical luxury extensions, and closed a small under-performing office suggests they are adapting and evolving; focusing down on their core business. In any start-up, the early hires are seldom suitable for larger team environments and as new learning is found and expectations evolve, new talent is required to match new understanding. The fact Lot18 is actually evolving and willing to make these tough decisions means they are thinking about the markets and adapting. That's a good thing because in the end, we need good wine e-tailers in the 5th Column to help this emerging aspect of the wine business.

Case solved Watson. It wasn't Colonel Mustard or Mrs. Peacock and the weapon used was vaporous. Who done it? It was the Supermarket in the UK using a stranglehold on the marketplace.
Posted by Rob McMillan at 8:32 AM