I Can't Take the Lunacy! 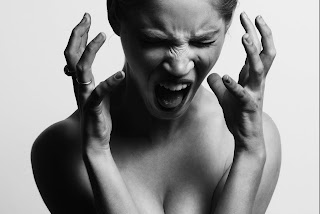 This might be the shortest blog I've ever penned, but I've got to get this off my chest.

In the 2019 SVB State of the Industry Report I pointed out some changes we as a wine industry are facing, including the lack of engagement by our younger consumers which I attribute in part to the cumulative negative health messaging coming from neo-prohibitionists. 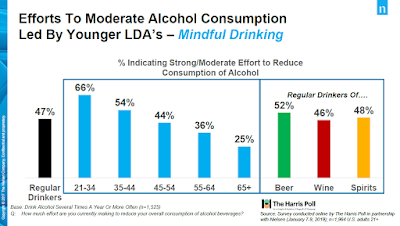 One of the core values influencing our missing consumers of the youthful persuasion is their search for healthiness and truthiness. OK that was two core values - but anyway, when it comes to alcohol consumption, a January 2019 study done by Nielsen and Harris Poll concluded that two-thirds of young consumers were serious about cutting their current consumption of alcohol - largely for health reasons. As if they weren't already eschewing wine, now they all want to drink even less?


We as an industry have lost our way in our daily quest to sell personalized experiences and wine to the individual. We stopped marketing to the larger consumer market about the positive health aspects of wine, and stopped attacking the junk science out there. We stopped promoting the decades of science that proves there are health benefits of consuming wine.

Our consumer is reading the press today and without a rebuttal, they no longer believe moderate consumption is part of a healthy diet and lifestyle (.pdf) A sampling of the articles:


I Can't Take the Lunacy

Then today I saw this one: How Many Cigarettes are there in a Bottle of Wine? Are you kidding me? I know the answer is zero, so what gives?

The whole point of this article is to drive awareness of the possible risks of cancer from wine consumption. The comment is made within that "the health risks associated with consuming alcohol are less-well understood (compared to cigarettes), and (wine drinking) is generally perceived by the general public as being comparatively less harmful than smoking."

Well isn't consuming wine better for you than smoking cigarettes?

Not according to the above referenced article that concludes, "One bottle of wine per week is associated with an increased absolute lifetime cancer risk for non-smokers of 1.0% (men) and 1.4% (women). The overall absolute increase in cancer risk for one bottle of wine per week equals that of five (men) or ten cigarettes per week (women)." That's supported from the following "study":

"A comparison of gender-linked population cancer risks between alcohol and tobacco: how many cigarettes are there in a bottle of wine?"

As any good study does, this one puts in caveats in the footnotes which are interesting:
"We must first be absolutely clear that this study is not saying that drinking alcohol in moderation is in any way equivalent to smoking. Smoking kills up to two thirds of its users, and cancer is just one of the many serious health consequences. This study purely addresses cancer risk in isolation."

So on the one hand, "drinking one bottle per week EQUALS (smoking) 10 cigarettes for women," but on the other hand, the study is not EQUATING moderate wine consumption as "EQUIVALENT to smoking."

Bottom line, it's not about good science. The authors are up front about that. "Our estimation of a cigarette equivalent for alcohol provides a useful measure for communicating possible cancer risks that exploits successful historical messaging on smoking. It is well established that heavy drinking is linked to cancer of the mouth, throat, voice box, gullet, bowel, liver and breast."

Never mind that heavy drinking is being targeted by using the moderate consumption of wine to come to illogical conclusions about the negative health impact from heavy consumption. The conclusions just don't line up.

Where is the truthiness? If there was the transparency in this study our young consumers seek, the writers would say the purpose of the study is to create disinformation and take advantage of the fear people have about smoking, and link that fear with wine to drive a reduction in even moderate wine consumption patterns of consumers. It doesn't matter that moderate consumption has been proven healthy through decades of research. The ends justify the means apparently?

So What's It Going to Be Wine Industry? 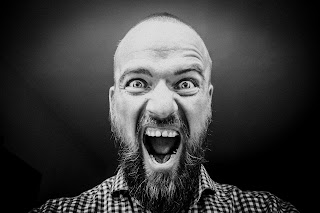 After the release of the SVB Annual Wine Report in January, everyone became aware that absolute wine volume has turned negative in off premise according to Nielsen on a rolling 12 month basis. The studies in evidence here and this kind of writing is partially creating the decline.

We are in a fight for the young consumer who believes BULLSHIT science like this, and the one-sided articles that get printed from this kind of crap. (OK... I'm sorry for saying BULLSHIT!!! )

What are we going to do as an industry to counteract this constant barrage of misinformation?

OK. Maybe I had more to say than I thought. Your turn.

What can be done to reshape and balance this narrative? Or maybe you think I'm over-blowing the situation and I'd love to hear those comments too.

Please join this site in the top right-hand side of the page, and offer your thoughts below. I respond to everyone.
﻿
If you think this information and discussion is valuable, please share this post on your favorite social media platform.